After thoroughly reviewing the highlights (and lowlights) of 2016, we wondered who and what we’ll be thinking about and looking forward to this coming year. Read on to find out our experts’ predictions.
Click the links to see what our contributors selected as their favorite exhibitions, what they read, who and what were the most significant news and people in their cities, and their most memorable cultural experiences.

Jordan Amirkhani, assistant professor of art history, University of Tennessee-Chattanooga
There seems to be a growing interest in the engagement between dance and the museum, so I am looking forward to seeing the choreographic work of Anne Teresa de Keersmaeker at the Museum of Modern Art in the Spring of 2017, and excited about how she will confront the problems and opportunities of performing concertized dance within the institutional frameworks of visual art.
I also could not be more excited about the first major museum presentation of the multidisciplinary, Chilean-born artist Cecilia Vicuña at the Contemporary Art Center of New Orleans in the Spring of 2017. Co-organized by the CACNO’s curator Andrea Andersson and Julia Bryan-Wilson of UC-Berkeley), this exhibition will explore Vicuña’s significance to the history and development of 1960’s abstraction, as well as her continued articulation of the radical effects of climate change and ecological disaster within her practice. Nothing could be more urgent.

Sarah Higgins, curator of Zuckerman Museum of Art, Kennesaw State University
2016 was intense, and optimism isn’t the easiest state to evoke right now … but I look forward to the call to action that underlies that struggle for positivity. I look forward to seeing arts institutions fortify their commitment to defend and advance opportunities for freedom of expression. I hope to play a part in that endeavor on behalf of artists who take challenging positions in a time that feels profoundly different from before, while remaining tragically unchanged.

Jaime DeSimone, curator, MOCA Jacksonville
MOCA Jacksonville’s new director search is underway and I’ve very excited about what the future holds for the organization under new leadership.
Art-wise: I’m obsessed with teamLab, an interdisciplinary group of ultra-technologists in Tokyo. They create these wildly immersive and experiential pieces out of a collaborative practice. I’m captivated by the work and how they navigate the confluence of art, technology, design, and the natural world into one—something that’s not easy to do!

Didi Dunphy, artist, Athens
Wow, with the state of the government, it is hard to look forward to anything except marching with my daughter and many women in Washington.
As far as exhibitions, I look forward to the Lyndon House Arts Center’s 42nd Juried Exhibition with juror Susan Krane, director of the San Jose Museum of Art.

Joe Nolan, critic, columnist, and intermedia artist, Nashville
I’m looking forward to seeing if Nashville’s artists will create impactful and enduring responses to the inevitable chaos of a Trump presidency. Trump’s racist cabinet and his flirtations with neo-Nazis put a special kind of responsibility of Southern artists for effective, creative counterpunching. Here’s hoping they’ll be up to the task with the kind of satirical, subversive shenanigans that the Right will always be too square to defend against.

Amy White, artist and writer, Carrboro, NC
Artists who are energized to go even deeper into their own practice should be on our radars. The questioning of paradigms of authority—whether aesthetic, cultural, linguistic, or political.  I’m looking forward to spontaneous and organized celebrations of intellectual and philosophical creativity.

Yanique Norman, artist, Atlanta
I’m extremely anxious on the advent of Trump presidency and I’m more than eager to wake up from the nightmare. The end of 2021 can’t come fast enough (I’ll happily forget and skip over 2017, 2018, 2019 … okay you get the picture). 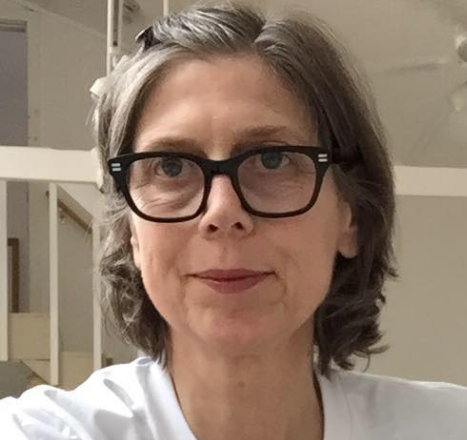 
Radar: Devan Shimoyama out of Pittsburgh and Cosmo Whyte out of Atlanta are two artists I will be following hard, like the fan of art that I am. My friend William Downs is also killing it right now, and that’s fun to watch. Tori Tinsley out of Atlanta is one I will stalk too.
I am looking forward to my own projects as well. I will be in residency in the wilderness with CT8 Cabin Time 8 where I will explore wilderness as metaphor for the everyday life of a Black Male. I hope to produce a small book of photos drawings and try out my poetic voice. While there, I will be making revolutionary fishing fly’s. The fly’s will be named and modeled after revolutionaries. I will be fishing a Marcus Garvey on the John Muir Trail. I have solos coming also, One Last Smile From The Undertow at UGA and a group show at KSU, with some heavy hitters for which I’m building a continued-narrative, large scale work. I’m looking to travel more. I’m looking forward to HULK smashing some racist Nazi egos while stunting and strutting like Jack Johnson cause I eat cold eels and think distant thoughts. I’m looking forward to living and loving being the best Michi Meko I can be. Hopefully I can get some fishing done. I will also be adding a blog to www.michimeko.com.

Megan C Mosholder, artist, Atlanta
I am looking forward to continued travel—Australia in February/March and Panama in April—and representing both my city and my country as an international artist. I look forward to seeing what several artists will be working on in 2017, namely my studio mate Lela Brunett, but also Tori Tinsley, Margaret Hiden, and Stacie Rose—all four ladies whose work and opinions I highly value.

Eric Mack, artist, Atlanta
I’m looking forward to the continued support for the Atlanta art scene in all of its forms. There are many changes happening in our city, and we as artists can not be complacent. We all have a part to play in keeping Atlanta’s voice relevant in contemporary art. Right now, I feel we are on the right track.


Melissa Messina’s new position as artistic director of Flux Projects is very exciting! I believe her curatorial background and extensive network will help to produce fresh perspectives for this local initiative.
On my radar: Benjamin Britton, Megan Mosholder, and Victoria Camblin.

Miranda Lash, Contemporary Art Curator, Speed Art Museum, Louisville
I am excited to open Southern Accent: Seeking the American South in Contemporary Art at the Speed Art Museum April 28, 2017, a show I co-curated with Trevor Schoonmaker at the Nasher Museum of Art. This large group show had a great reception at the Nasher and it will be great to see it take on a Kentucky twist once here.
Also, I can’t wait to see Trevor’s curation of Prospect.4, the fourth iteration of the New Orleans Triennial of international art. It opens November 11, 2017!

Pete Schulte, artist / co-founder of The Fuel & Lumber Company, Birmingham
On the heels of 2016’s Shift project, the Birmingham Museum of Art and curator Wassan Al-Khudhairi are preparing for the highly anticipated January opening of “Third Space / Shifting Conversations About Contemporary Art.” Culled largely from the BMA’s permanent collection, the exhibition will present more than 100 works and related programming, with the stated aim of creating connections between the American South and other parts of the world through contemporary art.
In 2017, I will also be looking to the in-tune group of curators at Mild Climate, the Nashville-based project space, to continue their excellent run of programming, which includes a must-see February solo by Tuscaloosa-based artist April Bachtel. Jered Sprecher’s ambitious new solo show, “Outside In,” which opens in January at the Knoxville Museum of Art, also promises to be well worth the drive.

Lydia Cheney and Jim Sokol, art collectors, Birmingham
We’re looking forward to the “Third Space” exhibition opening at the Birmingham Museum of Art in January, and to seeing contemporary art from the museum’s collection.

Lauren Ross, Curator, Virginia Commonwealth University, Richmond
Well, I’ve already given shout-outs to Trevor Schoonmaker and NOLA, so obviously, I’m looking forward to Prospect 4!
With Institutes of Contemporary Art opening or reopening in Los Angeles, Miami, and right here in Richmond, 2017 is bound to be an exciting year for contemporary art.

Logan Lockner, BURNAWAY Assistant Editor
Jordan Casteel, the Studio Museum resident whose paintings I saw this summer in “Tenses,” has a solo exhibition opening in January at the Harvey B. Gantt Center in Charlotte that I’m extremely excited about.


After “Southern Accent” departs for Louisville’s Speed Museum, the Nasher in Durham will host an exhibition by the Chicago artist Nina Chanel Abney, who has established herself as an important voice in the chorus of black artists responding to the Black Lives Matter movement and the country’s increased awareness of police brutality.
Wassan Al-Khudhairi, curator of modern and contemporary art at the Birmingham Museum of Art, has been hard at work preparing for January’s opening of “Third Space,” an exhibition that will draw from the museum’s collection to create “connections between the American South and other parts of the world using contemporary art.” I’m hoping we got our collective angst about the meaning of “Southernness” out of our systems in 2016 and that this exhibition will be an opportunity to consider the dynamics between regionalism and contemporary art in a less pedantic fashion.
More locally, I can’t wait to see what recent Atlanta Artadia awardees Jiha Moon and Cosmo Whyte have up their sleeves in 2017.

Rebecca Lee Reynolds, Assistant Professor at University of New Orleans
Things I’m looking forward to:
Dread Scott’s Slave Rebellion Reenactment for the Spillways program at Antenna.
The opening of Prospect.4: Nov. 11, 2017
Changes at the New Orleans Museum of Art: As the museum moves its storage to a new offsite facility, more space will be opened up for exhibitions. I’m looking forward to seeing what comes out of storage and what new things go into those spaces.
Mickalene Thomas‘s exhibition “Waiting on a Prime-Time Star” at Newcomb Art Museum, Tulane University from January 18 – April 9 2017. [Thomas will also have an exhibition titled “Muse: Mickalene Thomas Photographs and tête-à-tête” at the Georgia Museum of Art starting October 14.]
Senga Nengudi‘s exhibition “Improvisational Gestures” at the Contemporary Arts Center from March 16 – June 18, 2017.

share Print
Related Stories
Call For Artists
Our monthly round up of calls includes a residency in New Hampshire, intensive craft workshops in North Carolina, and an environmental residency in Louisiana.
Conspiracy
Rosa Boshier González reveals the politics behind pop culture in Diane Severin Nguyen's solo institutional exhibition IF REVOLUTION IS A SICKNESS at Contemporary Arts Museum Houston.
Reviews
Daniel Fuller reviews the ephemeral stills in Picture Man: Portraits By Polo Silk at New Orleans Museum of Art (NOMA) in New Orleans, LA.
Subscribe
to BurnawaySign up to recieve the Burnaway newsletter and get notified about upcoming events and opportunities.* required field