South African artist Esther Mahlangu is finishing up a month-long residency at the Virginia Museum of Fine Art in Richmond. She and her granddaughter have been at work, in public view, on two 9-by-15-foot murals at the entrance to the African art galleries. The Ndebele artist, who always wears traditional native attire, is noted for her murals that are adapted from designs painted on the exterior of rural homes.
During her stay, the 78-year-old Manlangu has taught children’s classes, which she also does at her home and studio in South Africa. Richmond street artists Mikhael Broth and Andre Shank stopped by to observe and were fascinated by her delicate brushes made from chicken feathers and sturdier brushes made from plant materials that allow her to freehand precise lines and bold color blocks. “She says, ‘The ruler is in your mind,’ but she’s also not afraid to be slightly off,” said Shank.
The murals will be formally presented to the public in programs on October 8 and 9.
According to press materials, the traditional murals on homes, painted by women, were a statement of identity and resistance against colonial displacement from the land during apartheid. Mahlangu learned how to paint from her mother and grandmother in the 1940s. Originally, the murals were made with natural materials that resulted in earthy tones, but they became more vibrant with the availability of commercial paints.
Mahlangu became known to Western audiences in 1989 with her inclusion in the landmark “Magiciens de la Terre” exhibition, curated by Jean-Hubert Martin, at the Pompidou Center in Paris. In 1991, BMW commissioned her for its Art Car program, joining the ranks of Alexander Calder, Andy Warhol, David Hockney, and Frank Stella. She remains the only woman and only non-Western artist to produce a car for BMW; in 1994, the car was displayed at the National Museum for Women in the Arts in Washington, DC, which also commissioned her to paint the facade of an annex building.
All VMFA photos by Travis Fullerton and David Stover. 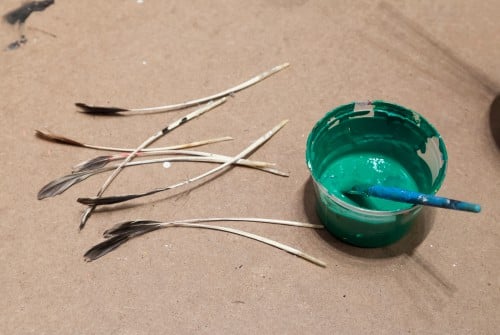 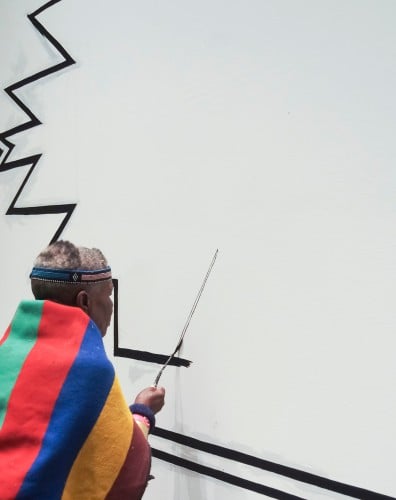 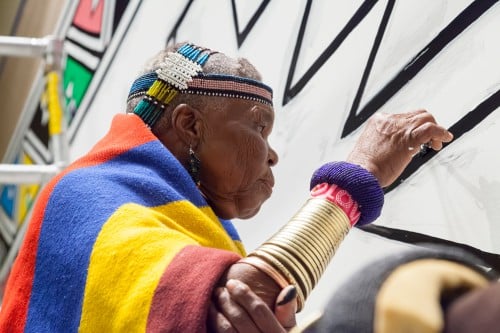 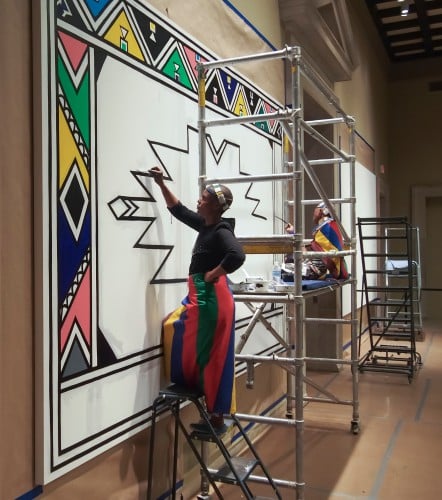 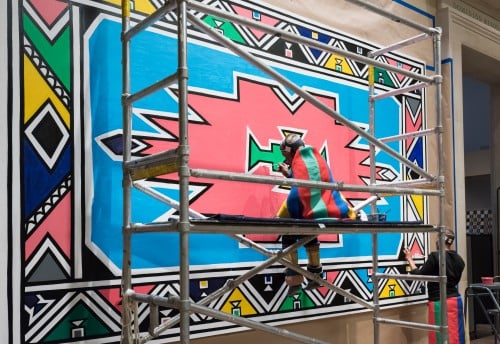 share Print
Related Stories
Call For Artists
Our monthly round up of calls, residencies, and opportunities includes grants from Getty Images, the Andy Warhol Foundation, and Anonymous Was A Woman.
Belief and Fiction
In this essay from Treasure, Monica Uszerowicz considers Natalia Lassalle-Morillo's film Retiro. Translation from English to Spanish by Raquel Salas Rivera.
Features
María Emilia Fernández Nadurille considers the role of the artist as witness at the Blanton Museum of Art at the University of Texas, Austin.
Subscribe
to BurnawaySign up to recieve the Burnaway newsletter and get notified about upcoming events and opportunities.* required field