Physical remnants of segregation are rarely discernible today. Separated water fountains have been removed, replaced by concrete and a fresh coat of paint. Entrance signs marked “Colored” are now emergency exits. Segregated bathrooms are just duplicates, perhaps situated at the other end of the hall. But the city of Atlanta is gifted with one of the salient architectural reminders of its Jim Crow past: the fabulous Fox Theatre. 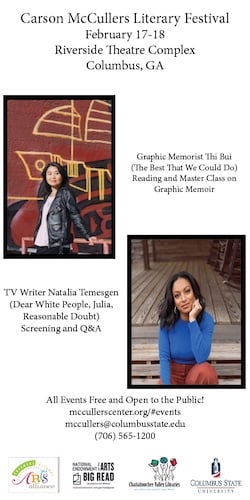 Jerome Carter, a longtime theater employee, still remembers the line outside. “Right down there,” he points to a balcony facing Ponce de Leon Avenue. “It could be cold or raining and that’s where we had to stand.” Although a young boy when Atlanta governed under Jim Crow, Carter vividly recalls the “Colored Only” ticket line. African-American patrons stood outside a wrought iron gate to purchase tickets at the “black” box office before entering the theater. The segregated entrance, still visible on the south side of the building along Ponce de Leon, was active until 1962, when the theater slowly desegregated. While no longer in use, this unmarked entrance serves as one of the city’s most powerful reminders of Atlanta’s Jim Crow history.

Much of Atlanta’s history is erased.  Historic landmarks are often torn down as urban renewal projects outweigh architectural preservation efforts. In 1974, the Fox found itself at risk, with demolition imminent. But thanks to a grassroots “Save the Fox” campaign organized by city residents, $3 million was raised to save the building. The Fox reopened the following year to become the popular entertainment venue it is today. But in spite of its beloved status, the Fox provides a haunting reminder of the harsh reality of segregation.

After the theater’s black patrons walked up a three-story staircase, they reached the “crow’s nest,” a tightly packed nosebleed section that requires caution while standing so as to not hit your head on the low ceiling. A white wall partitioning it from the section below it still stands.

Unsettling, yes. Disturbing, of course. But that is the point. When confronted by a piece of history, practically untouched and still in its original place, you feel a stronger emotional surge than what is felt when peering down into a museum display case. Memory is no longer fuzzy, roped off, and faraway. Architectural preservation keeps the past in the present, no matter how volatile or offensive. The Fox Theatre does just that.

As Atlanta transforms into a multiracial metropolis and a destination for black Americans, the preservation of Atlanta’s history can no longer be about architectural style or the comforting stories of its famous leaders.

Society has made progress in eliminating racial barriers; class separation might be the next pressing issue. Recently, the city of New York approved the installation of “poor doors,” or separate entrances for subsidized tenants in a new luxury high rise in Manhattan. The move allows its market rate buyers to avoid contact with its lower class neighbors. Some argue the mixed-income division is more about convenience than segregation. Other say the move breaks the city’s antidiscrimination laws.

Walls, partitions and barriers only hinder a society, as preserved spaces like the Fox Theatre potently remind us.

Annabella Jean-Laurent is an Atlanta-based freelance writer who blogs at militantbarbie.com. Her writing explores race, media, and gender in society.