Burnaway > Feature > Letter from Atlanta > Letter From Atlanta: Telepathic Archives of Our Own My obsession with archives arrived on August 28, 2005, as the social, cultural, environmental, and political disaster of Hurricane Katrina put into sharp relief whose lives and whose memories were protected. I fled New Orleans around two months later—when it was clear nothing was going to get better—and had the first of many meltdowns at the airport in Arkansas while a TSA agent tore apart my entire material life with characteristic bureaucratic callousness. Yeah, yeah, we had no papers; yeah, yeah, just doing their job, but I was inconsolable. In a bright pink backpack, I had a couple of cassettes and VHS tapes, one journal, a few photographs, a few books, and a week’s worth of underwear. These objects were the only proof I had existed, had lived, had cared about anything at all, and these people were tossing them on the counter like it was any other day. I had to be sedated before I could get on the plane.

Since then, I have weighed and considered and pondered every object that has come into my life: every book, every paper. My correspondence is sorted by date and recipient, and most of it has been scanned and digitized. All of my instant photography is kept in archival-level protection folios; every book I own is stamped with my seal, the date I finished it, and the place where I was when I did so. To their bemusement and annoyance, my careful archival practices extend to others. A friend I exchange books with every year has to be reminded exactly how I want the annotation to be formatted—the date, his name, the location of our meeting—but every year indulges me. My aunt, a former phonetics teacher who maintains the sprawling Amussen archive, which stretches back to 1525, encouraged my personal archiving goals and even suggested that I apply to the New School for Library Sciences. I did not.

Instead I spent more and more time reading about libraries, the Library of Congress classification system, the history of secret archives such as the Delta Collection, and what I found horrified me. Three corporations own most of our memories. The bibliographic classification system used most widely around the world was, like most colonial-era American systems, absolutely racist, sexist, and oppressive. I stopped taking pictures of things I cared about with my phone. I starting relying on datebooks instead of Google Calendar. I read Melissa Adler’s sophisticated and thrilling book Cruising the Library: Organizations of the Perversity of Knowledge and began to play games in the stacks using her suggested titles—Eve Kosofsky Sedgwick’s Epistemology of the Closet  and Roderick A. Ferguson’s Aberrations in Black—as jumping off points. The game is fairly simple. By locating these two books, which are wide-ranging in subject matter and deal with identities nowhere near the cis white American narrative, you can observe what the library tells you about yourself, what it tries to encourage you to think.

Is Sedgwick’s book filed under “Sex Crimes?” “Perversions?” Is it located next to books on conversion therapy? Is Ferguson’s book ghettoized into “African American Literature”? “Colored History?” How many “jumps”— connections to other books on different topics—do you have to go through to get to where you think the books should be properly categorized? It took me five jumps to get from Sedgwick to Stone Butch Blues by Leslie Feinberg (another book that would be a good starting point for the game), and Aberrations in Black wasn’t even there. I have played this game in New York, Atlanta, and attempted it in Sweden, where the language difference made it impossible, even though they use the Library of Congress classification system as well.

This game reveals the personalities, foibles, and desires of the people who work in the library, the people who use it, and the library itself. Bookstores function much in the same way, compounded by the headache of capitalism, which does not lend itself to my ultimate pleasure, what Susan Howe calls the “spontaneous particulars”: the accidental discoveries, the mis-picked books for research, the holiness and eroticized silence of the library, the abrupt violence of learning you have been wrong about some given fact for your whole life.

For Keeps, Rosa Duffy’s utopian bookstore across the street from Mangos on Auburn Avenue in Atlanta, manages a waltz that makes the hair on the back of my archivist neck stand on end. A library, a bookstore, a reading room, an archive, a prayer: it is like nothing I have ever seen. Much has been written about the carefully curated art—Rosa’s and others’—on the wall, the beauty of the book covers, the “curious” business model—a bookstore where you can’t buy most things!—but very little about what actually makes such a place work, which is that Rosa and For Keeps are absolutely telepathic. No, this is not some sort of You’ve Got Mail!, “she-knows-what-I-love!” type of salesmanship. Part of it is that Rosa knows everything in For Keeps backwards and forwards, as any good librarian does. Part of it is Rosa herself—slight, beautiful, cool, aloof but outrageously open, her youth, a mouth that opens when she smiles—but the rest of it (which I believe is a true part of her art) is that, through Rosa, For Keeps communicates effortlessly to the rest of the world. The feeling inside For Keeps is almost tangibly charged, so intensely vibrational that everyone I have taken there for the first time pauses a few feet in, needing to take a few deep breaths, some time, so that For Keeps (and Rosa herself) can read you, transferring some thoughts back and forth to make sure they can get you exactly what you need at that precise moment.

We went to see Rosa after the climate strike in September. The magazine’s office was closed, and we walked down Auburn Avenue from the protest at the state capitol. As usual, For Keeps was populated by an assortment of graduate students, artists, mothers, adolescents, and other firmaments of the Atlanta galaxy. As we entered, Rosa spoke with a professor from Georgia State University who was promoting the Bibliographic Society of America. She smiled, mouth open, and gestured us forward. Soon we began talking about my almost complete Nabokov collection—to the professor’s surprise, I pulled a slim first edition of Laughter in the Dark from my bag—then about Nabokov’s short stint as a professor at Georgia State, and the infamous Playboy interviews, the first ever of which was done by Alex Haley after he cornered Miles Davis in a Harlem boxing gym. Rosa snaked by and, without looking, pressed a book into my hand. It was a first-edition copy of Alex Haley’s interviews for Playboy from 1962 through 1991, including conversations with Miles Davis, Martin Luther King, Jr., and the leader of the American Nazi Party, as well as the interview that would eventually become The Autobiography of Malcom X. The professor left, and we finally got around to what we came for—organizing a reading group for a feminist film journal— when a man on the couch near the cash register spoke up. Are y’all talking about High Life? That movie Zadie Smith was supposed to write? Shit is fuckin’ wild, fam. I had to lend Rosa my DVD player to watch it.

I went to For Keeps again on a rainy Saturday in November. I needed pictures of Rosa, I was trapped in writer’s block, I needed a break. I clutched my umbrella and waded through the leaves and water sloshing about Auburn Avenue. I had my strange cameras and some face mist, all of which seemed very important when meeting with Rosa. In the store, I found a wild assortment of people: men from the street, girls in leggings, boys who wanted to check out my cameras. She gestured to some tall, beautiful girls in white heels. “They’re from Queen & Slim—there was a screening last night. Y’all, thank you so much for your beautiful movie!” She was smiling. I took pictures, making sure not to disturb the movie stars in our midst. I collected a few things—a book about radical politics in jazz, a supremely well maintained original vinyl pressing of Porgy and Bess from whose cover Leontyne Price’s unflinchingly seductive eyes kept catching mine—and when I attempted to pay for them, Rosa waved away my hand. In the multiple stages it takes one to leave a warm, safe, Black place—the first goodbye, the goodbye when you put on your coat, the goodbye when you pick up your bag, the goodbye near the door, the goodbye on the street—I told her that I wouldn’t be back for a while because I got into MacDowell! She was exceptionally excited for me, even more so when I told her that James Baldwin had written Giovanni’s Room there. I couldn’t remember the names of other people who had been until I put the record on. The Heywards—Dubose and Dorothy—wrote Porgy and Bess while at the MacDowell Colony in 1925. Listening to record I had just acquired second- or third- or fourth-hand, I felt as though For Keeps—or Rosa, or some other forgotten Black archivist who carefully and deliberately protected our memories—had read my mind.

For Keeps Books is located at 171 Auburn Avenue, Unit H1, in Atlanta, across from Mangos. 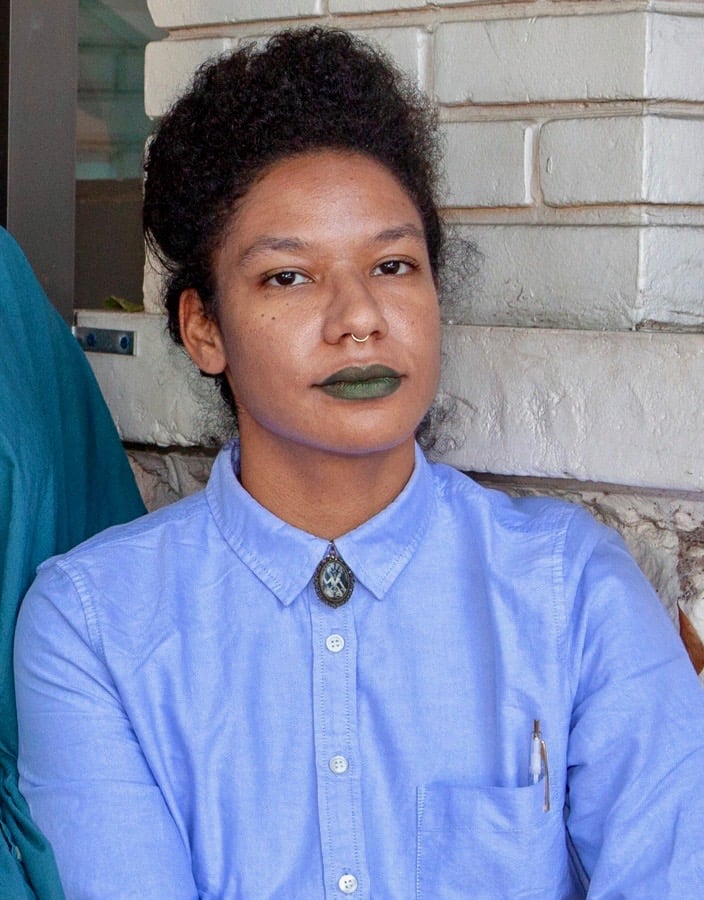