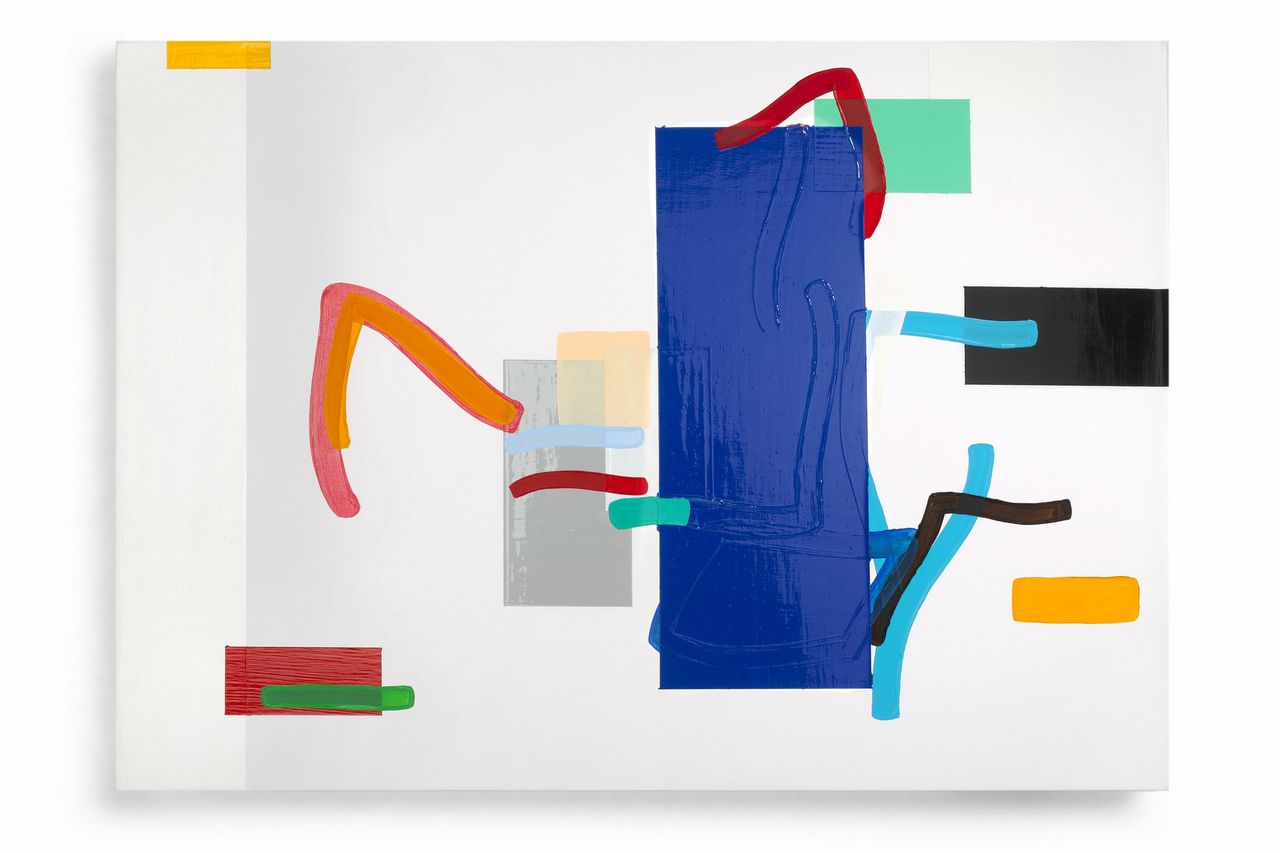 If Sharon Louden were a representational painter, she would capture every subject midair doing a grand jeté. Instead, for “The Dancing Line,” her first solo exhibition with beta pictoris gallery, the New York-based artist continues her interrogations of abstraction with an intensity and meticulousness that makes the genre itself almost cower in fear. Perhaps terming it nonrepresentational painting would be better, because Louden’s 11 new works owe far more to the hard-edge painters than they do to de Kooning or Krasner or any other name often associated with abstraction. This is because Louden’s works are controlled investigations of space and fragmentation, explorations of texture and depth.

Her four Tangled Tips (Lines for Zion) drawings from 2000, subtle studies in small gestures of ink on blue paper, share a rhythm with four oil and enamel on paper paintings from the Community series (2013) on the opposite wall. Louden’s mastery of dimensionality comes to the fore when she creates unexpected distances, using deep blues, subtle grays, bright reds, and soft pinks to create layer upon layer of depth in an 11-by-14-inch piece from the same 2013 series.

These works require patience because their complexity is structured within the guise of the gesture, but also because even in works with such extraordinary precision chance creeps in. One wonders both if and how she creates the tiny moments where a flake of paint has peeled away from a corner, or if the raw edge of the paper and her subconscious collude to make her hand visible precisely where she didn’t expect it. Given the level of precision on display, it seems clear that every stroke, every layer, every suggestion, every thought is carefully planned, yet these pieces seem incredibly open, light, and airy. Louden paints an intelligent abstraction, smart yet simple, and always accessible. “The Dancing Line” pirouettes between two worlds, teasing viewers with the suggestion of figures and forms that remain generally just out of reach.

“Sharon Louden: The Dancing Line” is on view at beta pictoris gallery, Birmingham, January 7–February 16. She is also the editor of the book Living and Sustaining a Creative Live: Essays by 40 Working Artists (University of Chicago Press), now in its fourth printing.

Brett Levine is a writer and curator based in Birmingham.