Seana Reilly’s Artwork Meditates on the Science of Letting Go

There really is only one way to describe the imagery of Seana Reilly’s current work on display at Whitespace Gallery: undeniable. As part of a two-person exhibition including the continually active drawings of Ann Stewart, Reilly’s work leads to more questions than answers. In a series of experiments with liquid graphite, the artist posits myriad dualities that coexist harmoniously to produce art that calls for serious contemplation, perhaps even meditation.

Reilly’s biography on the Atlanta Contemporary Art Center’s website mentions Vipassanā meditation as a source of the insights for her practice. In a recent email interview with the artist, she explained that Vipassanā “is a practice that centers around nonjudgment” and that “if you can see [the things in the world around us] for the ephemeral things they are, they no longer have control over you.” Further, on the website of Insight Atlanta, a local meditation group, I found that “Vipassanā meditation … was taught by the Buddha as a means for investigating the nature of reality through cultivating awareness of present experience with acceptance.”

An attempt to  implement these ideas is apparent in Reilly’s process. On Dibond panels, the artist sets up resists, such as tape, around which she allows liquid graphite to flow, metaphorically establishing the symmetry between human will and letting go. In our interview, Reilly said she tries earnestly to be “present,” and wrestles with the level of interaction she asserts over the movement of her medium when in its liquid state.  Her awareness of materials and the moments in which they interact result in images of sublime beauty and delicate balance. In works like Mean Curvature, the viewer is given a clearing to rest between the dualisms of drawing and painting, light and dark, organic and geometric, order and chaos, presence and absence.

But the work is not without regions designed to create tension and unease.  Reilly also cites influences from her experience as an architect, a career that surely imbued her with a desire to analyze, predict, and control.  In many of the works, especially the smaller pieces like Omori Wake, Reilly articulates a pseudoscientific analysis in the margins around the dried graphite. It is in this act that her work separates itself from a romantically idealized mise-en-scène, and asserts itself as a battleground of contemporary semiotics. And it is in this duality—between the organic experiments that create the work and its subsequent analysis—where the most pressing issue arises for the interpreter of meaning.

It seems understandable that there are dualities, and that in one way or another these dualities assimilate into a workable medium that is life.  This is a quotidian understanding of yin and yang, a basis for much Eastern philosophy. The problem of much contemporary thinking comes with the monkey wrench that is Western philosophy. Socrates said that the unexamined life is not worth living, and the rest of Western history delivered the hegemony of Science. While Eastern and Western philosophies are not necessarily at odds, the implementation of science as a predictive, and thus active, awareness, separates it from the more accepting, passive consciousness described by many Eastern philosophies, such as Vipassanā.  What becomes difficult to grasp for many thinkers in either tradition is the way in which self-aware observation alters our perception of any such dualities.

Reilly’s pseudo-scientific analysis is a form of quantifying, thus categorizing, the results of the experiments that take place in materializing her work. With this she pin-points the problematic of scientific inquiry: when we observe a phenomenon, we necessarily alter that phenomenon. Since the time of Einstein, there has been a growing number of scientists studying physics who would go so far as to say that our observation causes the phenomenon. (Click here and here for more on the Copenhagen Interpretation.) To complicate the matter, Reilly’s analysis of her process mimics scientific notation (shown in the margins around the main image), a codified language that, except to its author and her cohorts, is a meaningless series of marks and signs. So, not only is it possible that our observation creates our earth, but also that the documentation of our experiences works to hide our world. What could have been a simple experience of a phenomenon becomes a self-sequestering feedback loop. As the artist puts it, “Sometimes I feel that we have overintellectualized the physical world so much that we now hover [two inches] above the ground.”

Reilly’s work confronts us with the impasse between actual experience and our attempts to control our experience, causing us to ponder: If our passive awareness generates reality, then does an active awareness destroy it? If we return to the idea of yin and yang, it is this relationship, the codependence of creation and destruction, that may give meaning to the show’s title: Perpetual Assembly.

The exhibition Perpetual Assembly by Seana Reilly and Ann Stewart is on view at Whitespace Gallery through Saturday, September 3, 2011. For a perspective on both artists’ work, see also Catherine Fox’s review for ArtsCriticATL. 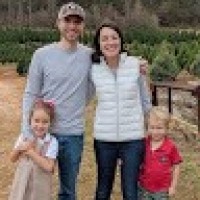