“Marks Made” Presents Diverse Prints by Women, at the Museum of Fine Arts, St. Petersburg

The new exhibition “Marks Made: Prints by American Women Artists from the 1960s to the Present,”at the Museum of Fine Arts, St. Petersburg through January 24, features a markedly diverse collection of work within the narrow parameters described by the title. The exhibition information plainly states that “Marks Made makes no generalizations about women’s approach to artmaking.” Perhaps accordingly, the three galleries that comprise the exhibition are only loosely bound together stylistically and thematically.

The gallery to the left of the entrance is particularly rich in abstraction and is perhaps the strongest of the three. The two dominant works in the gallery present an excellent contrast between the animated gesturality of Joan Mitchell’s Flower I (1981) and the hushed starkness of Agnes Martin’s On a Clear Day (1973), a portfolio of 30 screen prints. The portfolio is an array of open grids of pencil-thin lines that, in turn, echo the larger gridlike installation of the prints. The pattern seems capable of scaling up and down and extending outward indefinitely, perhaps referencing the longer title of the musical and film On a Clear Day You Can See Forever. Curator Katherine Pill has positioned the portfolio near Mitchell’s composition, underscoring Martin’s firm self-identification as an Abstract Expressionist despite frequently being associated with Minimalism.

This visual discourse between Flower I and On a Clear Day is conspicuous because such nuanced interaction between works doesn’t happen often throughout the exhibition. Rather, “Marks Made” is composed of many strong individual pieces that can and, here, must stand on their own.

Certainly, group exhibitions curated around gender can be an effective step toward achieving some sort of parity in art museums, at least in terms of sheer number of eyeballs on artworks. If there is any shortcoming in “Marks Made,” though, it is that the exhibition, like others of its kind, begins to give these women the attention they deserve but not in the context of their milieu and not in relation to their male contemporaries. The resultant historical narrative of “women in art” is a parallel but almost altogether separate telling of art history, which is why some observers feel that all-woman exhibitions are frequently more segregative than they are helpful.

To be fair, however, “Marks Made” is not strictly a historical survey. Instead, the exhibition elects for a different approach toward gender parity. This approach is made apparent immediately upon entering the galleries. The exhibition opens at a narrow corridor that compels all visitors to begin at the same work: Dear Art Collector (1986) from Portofolio Compleat (1985–2012) by the Guerilla Girls. The print is a pink letter-as-poster which reads:

It has come to our attention that your collection, like most, does not contain enough art by women. We know that you feel terrible about this and will rectify the situation immediately.

All our love,
Guerrilla Girls

The exhibition that follows is, in effect, an earnest response from the museum to “rectify the situation,” and a reflection of the intent of collectors Martha and Jim Sweeny, who donated the bulk of the work in “Marks Made” to the museum. Thus, while the exhibition may not boast a heady curatorial thrust, it does signify an important shift in the collection and, by extension, the future programming of what has been often regarded as Tampa Bay’s most conservative art museum.

Not to be overlooked in the gender conversation, however, is the often undervalued and underrepresented medium of printmaking that comprises “Marks Made.” The exhibition rebuffs the reductionist characterization of printmaking as simply a method of reproduction and editions. Through Dear Art Collector and four additional posters, the Guerilla Girls explore and utilize the political potential of seriality intrinsic to printmaking. Further, many of the pieces in the show profit from the unique aesthetic qualities of printmaking while also being loosed from under the art historical weight of painting. For example, printmaking techniques allow artist Inka Essenhigh to broach classical subject matter in her screen print Daedalus and Icarus (2000) in a distinctly contemporary spirit. In the print, elastic faceless figures act out the ancient drama before a fleshy pink backdrop and beneath a high gloss acrylic varnish.

Thus very many of the works are strengthened, not tempered, by printmaking. Indeed, the work is strong enough to bear the weight of the exhibition, even as it largely forgoes exploring ideas such as the relationships between the artists, prints, being American and artmaking post-1960­ or the increasing importance of printmaking in Tampa Bay due to such notable ateliers as Graphicstudio, Bleu Acier and Collaborative Art Editions (all with editions featured in the exhibition). Perhaps these were missed opportunities. Regardless, it may be that the exhibition conveys and documents a sincere institutional effort to correct a bias in its collection which, in turn, inspires an optimism that reaches beyond this single show and institution.

“Marks Made: Prints by American Women Artists from the 1960s to the Present” is on view at the St. Petersburg Museum of Fine Art through January 24.

Danny Olda is an art critic and curator working on Florida’s west coast. 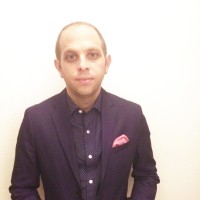 Danny Olda is an art critic and curator living and working on Florida's west coast. He currently works as a curator and editor for Creative Pinellas, a local arts agency and gallery space that serves the Tampa Bay area.