Burnaway > Film Review > Portraying Life at the Center of the AIDS Crisis in Paris, “BPM” Offers Picture of Love & Doom

Portraying Life at the Center of the AIDS Crisis in Paris, “BPM” Offers Picture of Love & Doom

A mix of heartbreak and life-affirming intensity, BPM (Beats Per Minute) is a captivating vortex of emotion centered on how the AIDS crisis played out in Paris among a tightly knit group of AIDS activists in the early 1990s. BPM, which won the French Grand Prix at Cannes, feels like an end-of-the-world, doomsday scenario darker than any Hunger Games; all of the vibrant, vital kids are dying and society continues on at its merry, oblivious click.

In our own age when political and social control seem to play out unfettered and unchecked, the expression of rage and protest by ordinary citizens in BPM—which refers to the 120 heart beats per minute that sustain our lives (and the throbbing beats of the dance floor)—is infectious and inspiring.

As members of ACT UP (the AIDS Coalition to Unleash Power, founded in New York in 1987), the activists at the center of BPM take their mission to the medical conferences, the pharmaceutical company offices and the streets of Paris, articulating (at least for American viewers) the divide between what some have called an America that lives in fear of its government and a France where the government lives in fear of its citizens. Well-versed in the medical research and politics of AIDS treatment and prevention, the group is especially galled by the pharmaceutical company timing the release of a life-saving drug to their conference a year away.

A small army of Davids fighting a corporate Goliath, the activists storm those Big Pharm corporate offices, throwing fake blood on the walls, blowing their whistles and noisemakers and confronting the staff with their hypocrisy. One of the fiercest and most vocal ACT UP members is Sean (Nahuel Pérez Biscayart), a slight, beautifully exotic man with large, expressive eyes whose rage is in many ways fueled by a sense of time running out. “We’ll keep pissing the state off until there is a real prevention policy” says Sean, whose mix of fury intensifies as he begins to succumb to the disease.

One of the film’s greatest sources of urgency and hopelessness is that emphasis it places on sands slipping through the hourglass as the film progresses and Sean begins a relationship with a hunky, nurturing new ACT UP member Nathan (Arnaud Valois) who becomes our proxy in the course of the film. Nathan’s negative HIV status makes him, at many junctures in the film, a helpless bystander as he watches friends and fellow ACT UP members begin to fade away.

A fascinating mix of clashing, contrapuntal movements, between meetings and activism, dancing and sex, Campillo plunges us into a world defined by a mix of hope and doom, life and death. Campillo finds a tenderness and delicacy in human interactions in BPM, whether in the nurses and ambulance attendants who care for Sean, in a haunting image of a rapt, probably gay teenager watching ACT UP hand out condoms at his school, or in the gestures of solace and camaraderie Sean’s mother finds with his fellow ACT UP members. There is a softness to the film, a feeling even at its most furious and raging, of tenderness for the lives of the people represented, whether they are preparing a corpse for the grave, or in the paroxysm of shock and grief that contorts even these seasoned, battle-scarred ACT UP members’ faces as they get a first glimpse of a friend’s dead body.

BPM’s unique rhythm quickly settles in, moving between ACT UP’s volatile weekly meetings where strategy is debated and the next protest or celebration planned, and life outside that ideological hot house: a Gay Pride parade where members camp in cheerleader skirts and pink pom-poms, or a tender, revealing scene of Sean and Nathan having sex, and Sean sharing the story of how he was infected by a teacher at 16. Sean is shockingly fatalistic and without malice about his circumstance, blaming himself as much as his high school math teacher for giving him HIV. As furious and even strident as he can be at the ACT UP meetings, Sean is tender, thoughtful and incredibly vulnerable outside that political realm.

While the group’s public presence is fierce, angry and in-your-face, Campillo shows the extreme vulnerability that coexists with that rage. The youngest member of the group is 16-year-old Marco (Theophile Ray), a Caravaggio angel with his head of black curls and baby face, a hemophiliac who contracted AIDS from infected blood. Marco attends the frequent ACT UP meetings in a fluorescent-lit classroom with his mother and cooks up gallons of fake blood in their bathroom tub; no one is resigned to anything as tedious as hopelessness, but instead they channel their efforts to a larger mission of saving others’ lives.

That same complicated, metaphysical view is amplified in a technique that repeats throughout the film as the ACT UP members dance after a day of demonstrations and slogan-chanting. Campillo creates a dreamy, abstract, artful effect at these moments, rendering existence as a matter of shape-shifting of bodies, minds and cells. As they surrender to the oblivion of the music their faces twist into a rictus of emotion, and they forget themselves (and their plight) for a moment. Campillo focuses on the gossamer, kaleidoscopic movement of dust and light that swirl above the dance floor, like isolated cells colliding and reconfiguring, comingling life and afterlife. The stuff of life, these tiny, invisible things, are also the stuff of death. Ashes to ashes, dust to dust. When Sean grows sick, that same cloud of particles floats across Nathan’s vision, separating him from the other dancing men and women at the club they frequent, the proximity of death rendering the world in a new light.

Privileging experimentation and poetry over simple biopic, Campillo is after no ordinary, historical rendition of the front lines of AIDS activism. Instead, he aims to capture the sensations of activism but also love and rage amidst the certainty of death. At multiple junctures in the film he captures the cruel dichotomy these men and women are living with, experiencing love and life at its most intense, even as they see all of that beauty slipping away.

Its own heartbeat to the film, composer Arnaud Rebotini‘s soundtrack of a gentle but urgent refrain, informed by house and techno music, underpins the action, giving the activists’ gestures both an additional gravitas and a wash of melancholy. The music is as much a player in the action as the performers, and creates a ribbon of continuity between the diverse, shape-shifting moods Campillo invokes, of political indignation and the sensation of falling in love as Sean and Nathan grow closer, Sean grows sicker and Nathan moves from simple lover to caretaker, protector and nurse.

Far from simply an “issue” film, BPM is an incisive, moving portrait of what it feels like to occupy its subjects’ skin, to feel a sense of both acute sexual ecstasy and love and also a powerful, encroaching doom. Painfully mixed up with Sean and Nathan‘s love story is the certainty of its end.

Felicia Feaster is a managing editor at HGTV and Travel Channel, the co-author of Forbidden Fruit: The Golden Age of the Exploitation Film, and writes frequently about art and culture for a number of Atlanta and national publications. She is also a new BURNAWAY board member. 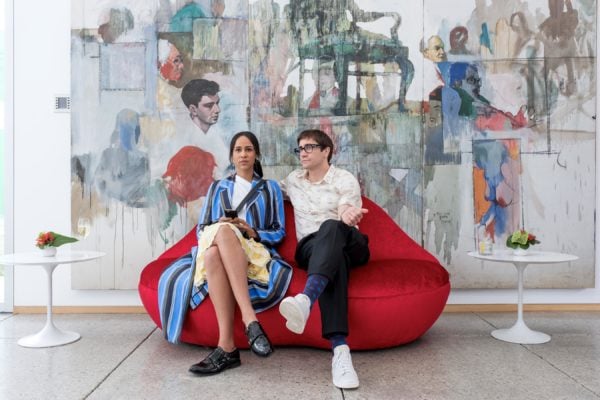 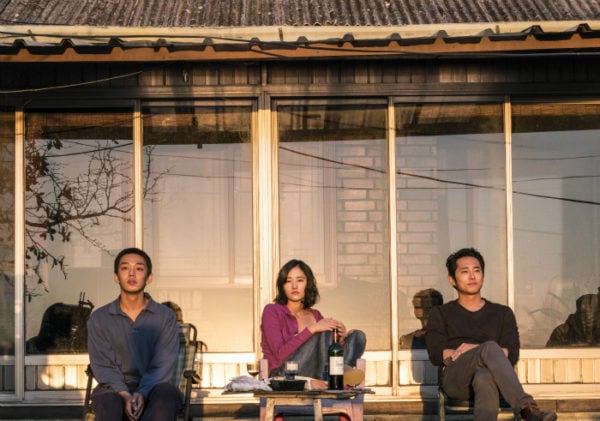