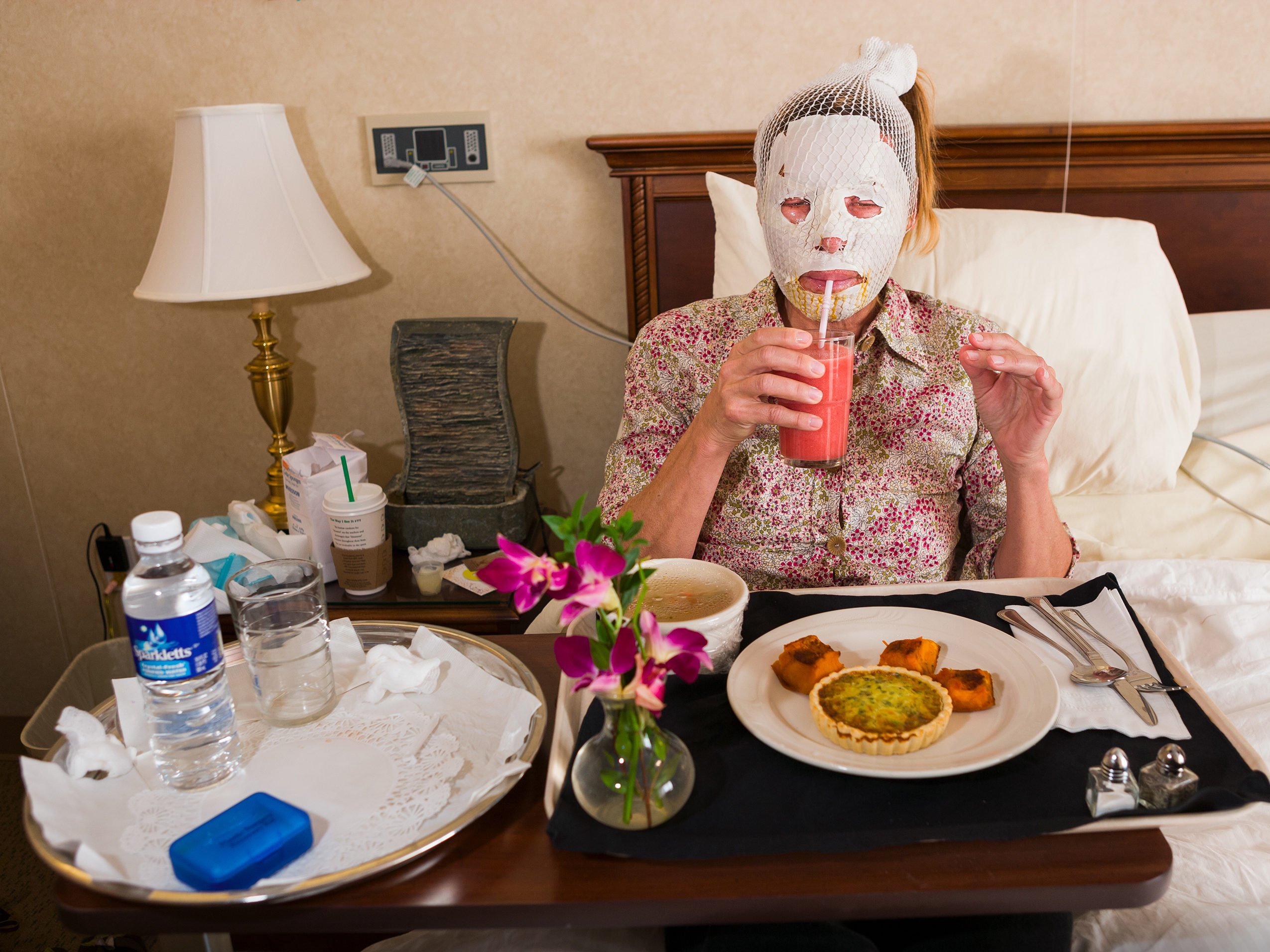 The world, as most of us have by now deduced, is increasingly divided into the haves and the have nots. Add to that essential dichotomy a third classification that photographer Lauren Greenfield has often plumbed: the wannabes, the people who don’t have the means but want to have the bling or a sense of access to the “good life.”

Greenfield has done a fine job of documenting some dark strains of contemporary life, from the pornification of girlhood in her book Girl Culture to the self-loathing of impossible body image for those same young girls in Thin. In her book, Generation Wealth, Greenfield provides a necessary corrective to the countless photographers who have slummed their way through America to document its poorest and most abject subjects. Like Tina Barney, Greenfield often turns her attention to the upper reaches of American society so rarely placed in the camera’s cross hairs.

In Greenfield’s new documentary spin-off of her book Generation Wealth, the paragon of that desire for access is Cathy, a sad, broken woman who has spent a small fortune of her bus driver salary on plastic surgery performed on the cheap in South America and, apparently as a consequence, has at times lived in her car and lost her only child.  Aspiration-tied-to-consumerism (especially for women who play out desire for access on their own bodies) is a cancer that affects people as disparate as the middle-aged SoCal brahs, Arkansas baby beauty queens, Russian oligarchs, porn stars and the nouveau riche Chinese all united by worship of money in Generation Wealth.

Though her photo projects have covered such subjects as anorexia and toxic beauty culture, aspiration remains at the heart of all of Greenfield’s work. Generation Wealth is an unsatisfyingly superficial crash course in that enduring idea, a kind of omnibus of the photographer’s fixations coalesced into one top-heavy, meandering production.

Generation Wealth is in many ways a disappointing follow-up to Greenfield’s vastly entertaining, award-winning documentary The Queen of Versailles about a time-share mogul, David Siegel, and his 31-years younger wife Jackie, who, unsuccessfully, attempted to build the largest single home in America. Modeled on Versailles, their supersized Florida mansion outside Orlando tanked in the 2008 crash. The Siegels even make an appearance in Generation Wealth, peeking out from behind the ultimate striver Donald Trump at a campaign rally. A nation of wannabes, the film suggests, has elected their infomercial leader, who promises to deliver the prosperity of their dreams, despite all evidence to the contrary.

Aspiration, Generation Wealth asserts, is rampant, not surprisingly, among hordes of Americans who now measure their lives not against the next door Joneses but against the faraway land of the Kardashians and the Trumps. Journalist Chris Hedges weighs in, painting a picture of ordinary Americans turned disciples of some twisted form of prosperity gospel in which the rich are not the yoke around their neck but an aspirational lottery ticket to a better life if only you keep imitating or electing them. Hedges offers a necessary, gloomy missive from Adult World amid the porn-y excess that Greenfield sketches of America.

Toxic aspiration doesn’t just infect the struggling classes. It even, most surprising of all in Greenfield’s doc, consumes the often unhappy success stories like that of German hedge fund manager Florian Homm, currently in hiding in Germany for fraud. In the realm of schadenfreude, few things loom as large as watching the cigar chomping Homm recant his decades of money-grubbing and womanizing at the expense of his own family, including the embittered son interviewed for Generation Wealth.

If we are to believe Greenfield’s assertion in Generation Wealth, aspiration brings only suffering.

In an effort to implicate herself in her own thesis, Greenfield describes the personal stakes of growing up in status crazy Los Angeles as a student at the celebrity-clogged Crossroads High School, where Greenfield had front row access to every teenager’s essential drama: dreams versus reality. It was also her Crossroads and later Harvard contacts that led to her first book, Fast Forward: Growing Up in the Shadow of Hollywood and to juicy examples of the wages of sin like Florian Homm.

As it unfolds Generation Wealth becomes two different films unnaturally Frankensteined together: an analysis of corrosive contemporary money worship and a side-eye glance at Greenfield’s own ostensible skin in the game. She admits that, as a busy photographer, she has often put her family life on hold in pursuit of her career. Yawn.

That leitmotif of including herself in the American disease of unchecked aspiration is a significant and deeply frustrating detour in the film. Critiqued by her own sons for her frequent absence in their young lives, Greenfield squirms with visible pain like an uncovered earthworm when the camera turns on her.

It’s a tedious and off-message navel-gazing denouement. While dashed dreams, existential pain, warped body image, alienated parents and children, legal trouble, economic failure and broken homes are the fallout for the other denizens of Generation Wealth, Greenfield suffers from the #FirstWorldProblem of two preciously insightful, sensitive and sharp-as-tacks children, a long and happy marriage and a successful career as a photographer and filmmaker. Offering herself up as another example of the American disease is more self-serving than revealing disclosure.

Taken as a whole Greenfield’s mission is a fascinating one, though this unfocused, disjointed film version of Generation Wealth may not be the best distillation of her life’s work.