Just west of the Blue Ridge Mountains in East Tennessee, you can find Swiss-born artist Vanessa Mayoraz in her studio tinkering with ink, integrated circuits, and live vegetation. Mayoraz is an artist and educator at East Tennessee State University, where she contributes to the growing experimental art scene of Johnson City. With an international background and work including site-specific installations to public participatory projects, themes of  memory, fragility and the body unite her work. I had the opportunity to talk with Mayoraz about how she defines her practice, the diverse needs of artists, and her experience living and working in a small Tennessee city.

RB: Can you talk a little bit about your background and how you split your time between Tennessee and Switzerland? You’ve mentioned how important traveling and making connections in different places is to your work. Can you elaborate?

VM: I lived most of my life in Geneva, Switzerland, and after my undergraduate degree I studied at the Bauhaus in Weimar, Germany, and the School of the Art Institute of Chicago. I moved around within the US before starting to teach at East Tennessee State University. My position at ETSU gives me the freedom to spend many of my summer months back in Geneva, where I often produce work and exhibit in Europe. My travels and the connections that I have made have always been integral to my art practice. My subjects are memory, fragility, and the body, and I think about these topics through our shared human experiences and our vulnerabilities in the face of the unknown. The friction and connections I discover between people of disparate backgrounds is what inspires my work.

RB: I read in a past interview that you compared East Tennessee and Geneva – I believe you described similarities in terms of the geography and an emphasis on community, but a difference in aesthetic.

VM: There are similarities. Both are mountainous, and I think when the terrain is dramatic, communities form a particular bond around the obstacles of their environment. Oral traditions of storytelling may indicate some similarity as well.

RB: Does the culture of storytelling and bluegrass influence your work? You mentioned that you find Tennessee to have “a very interesting spirit, very polarized, very creative.” Can you talk more about this?

VM: The culture of storytelling in oral history or through bluegrass music does not influence my work so much as I am drawn to it. It was something I could relate to when I moved here. I did not have a notion of what Tennessee or Appalachia culture would be. I grew up in Switzerland, so I was never exposed to the images culturally associated with this region. I had the opportunity to create my own interpretation through direct experiences. When I arrived, I first noticed how many people were artists. Though they may identify with a different occupation, most people I met were either creating art, writing, singing or playing music and often doing several of these things together. I still find meeting people in this community very exciting.

RB: Some people have the opinion that you must live in global cities like New York or Berlin to really succeed as an artist. Do you have any thoughts on this?

VM: To have an active artistic community, have conversations about art, and be exposed to the work of others is essential. You can find these things in most places if you are open to absorbing the unexpected. For me, leaving New York City made sense because I wanted to concentrate on producing larger installations and I needed the studio space to do so. Also, to make my work, I periodically need to change my environment – this is how I generate resources and content. Different places give me different access. Though some feel living in the more prominent hubs is essential, I find there is a plethora of other fulfilling environments conducive for a successful art career. Why impose limits when the world is so vast and artists’ needs are so diverse?

RB: Much of your work is conceptual, socially engaged, and implements a wide range of experimental materials. In Between You and Me (2016), for example, you created an ephemeral installation using live plants, soil, styrofoam and plastics. Your sound installation Prendre Poids (2012) that you made in collaboration with Geneva-based artist Rudy Decelière, functions using speakers and Arduino microcontrollers, small circuits that power interactive objects. Are there other artists in Johnson City working with similar themes or materials? Do you find the community receptive to this type of work?

VM: The mediums and methods of art making I use are not prevalent in this area. This is one of the reasons I am currently developing an Extended Media curriculum and lab at ETSU. This will give a new generation of young artists the opportunity to work with a range of alternative ways of making – from 3D printing to microprocessors, even performance. As for the question of receptivity, yes, I find that the art community here embraces this type of work, even though they have had limited access in the past. That said, some of the other faculty at ETSU do use plants, installation, and various forms of technology, so I wouldn’t say these methods are foreign – there was just less of it.

RB: You mentioned that you are currently in the process of designing and building your own studio space, which will incorporate a greenhouse and an exhibition space. Can you talk more about your plans for this?

VM: I’m in the final design phase for the studio. I’m working with the wonderful local architect Andrea Russell, who is also a friend. The structure will be environmentally friendly and located behind my home. The plan is to have a greenhouse that is attached to a more extensive studio structure so I can fabricate the sculptural and technological parts of my installation pieces inside and integrate them directly into the plants’ environment.

RB: Infrastructure (2016) consists of blocks of foam, plants, soil, and plastics that represent architecture that houses major plant preservation and production companies such as the Svalbard seed vault in Norway and Monsanto’s headquarters in St. Louis. What inspires the juxtaposition of synthetic and natural, indoor and outdoor, in such projects?

VM: Like some of my other work, it is about relationships, but specifically in Infrastructure I focus on humanity’s relationship to the natural world. I’m interested in how and why we create dysfunctions within this relationship. For instance, why do we create interior environments that are devoid of the natural substances needed for our health and wellbeing – only to substitute nature with something synthetic? The synthetic fills the space for the natural but then instigates more need for the synthetic. A relationship like this propels further distance and dysfunction. I feel this says a lot about humanity’s voracious drive to create problems to solve. The Infrastructure installations become a visual meditation on these relationships.

RB: You use a lot of lights in your work, such as in According to Rayleigh (2009), a traveling participatory work where viewers are invited to exchange a light bulb from their home with a blue light bulb that is given away. Do you have any specific symbolism in mind in your use of this material?  I know you’re interested in memory and the physical body. One of the things I thought of when looking at your work is lights or sparks going off in your brain or a visualization of neural activity.

VM: I had a near-death experience back in 2000 and was placed in an induced coma for 15 days. In this state, I sometimes felt in the dark, but in moments with light I experienced vivid dreams. At the same time, the survival of my body relied on a large number of people – they were essential. Sporadically within the coma state, instances of ‘partial awakeness’ took place. Due to the nature of the drugs used to maintain me in an induced coma, I don’t have any memories of these waking moments, unlike the doctors, friends, and family who were watching over me. They had many anecdotes of conversations we had together but I had no recollections of any of them.

In retrospect, I can see how many of my works reflect this experience – especially work that utilizes light, embraces the community, or exposes fragility. Perhaps this was most evident in the Cube installation that I made just a couple years after my hospitalization. I created a large structure out of a thin-plastic membrane that required constant connection to electricity and water, without which the cube would collapse.

RB: What’s the most surprising or interesting thing you’ve learned from your audience through participatory projects?

VM: I have learned it is all about the unknown. The reactions from the participants are always unpredictable, and I have found that I must surrender any assumptions I have about the work. I find this process both beautiful and at times exhausting.

RB: Your participatory public art works often address social issues, such as in Anecdota (2006), where you question the historical representation of Weimar, Germany, in the tourism industry by collecting stories from local inhabitants.  Would you describe yourself as a “social practice artist”?

VM: While my pieces reflect my awareness of and interest in social issues, I do not define my art practice too tightly. By categorizing myself as a social practice artist, it implies the artworks will produce quantifiable outcomes. To me questions are more essential than answers. I see our society as a constructed system that calls for a one-on-one conversation with the viewer. To archive an array of possible connections with my audience, I intentionally keep a poetic but informed position. Much of what we do as artists is to offer a first layer of interpretation – where the viewer goes from there is influenced by their perspective, experience, and dedication to the piece.

RB: In an ideal world, what would be the ultimate effect of your work?

VM: I am too attached to the “here and now” to imagine it in an ideal world. My work  responds to our historical and social context. If that were to change then it would alter the work itself. In the present time, I hope my work offers a poetic way for people to become more aware of their environment. If there were an ideal world though, it would be one where communications between the self and the boundless others was easy. It would be a place where the seemingly inconsequential was never overlooked. That being said, if that were to exist, I would create a completely different form of art.

Work by Vanessa Mayoraz will be included in the upcoming exhibition “Seed,” opening at the Tipton Gallery in Johnson City, Tennessee, on May 4.

Rachel Bubis is Exhibitions Manager at Seed Space and an independent arts writer based in Nashville. 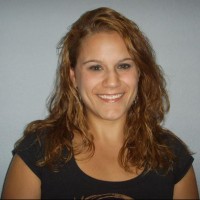 Rachel Bubis is Exhibitions Manager at Seed Space and an independent arts writer based in Nashville.