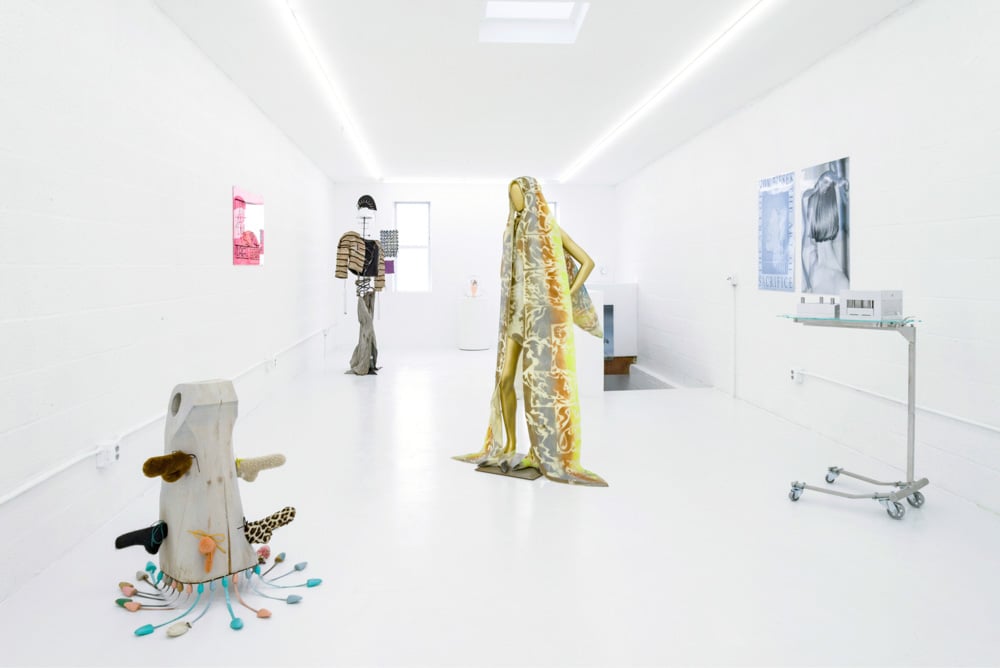 In the last four years, the New York-based fashion-label-cum-collaborative-art-duo Women’s History Museum (Mattie Barringer and Amanda McGowan) has been blurring the boundaries between fashion, performance, and art. Their aesthetic is a combination of recognizable styles: perhaps a Victorian apocalyptic chase through the woods filtered through various femme character archetypes. The nurse, the aristocratic daughter, the sex worker, the bride: an instance of each becoming metonymic of the broader cultural condition of femininity in the past, present, and future. When operating inside the fashion industry, the pair constructs and deconstructs femininity in a way that confronts the position of the industrialized fashion industry; when operating inside an arts sphere, their emphasis on the body, as it gets framed through clothing, proposes fashion as prosthetic, as sculpture.

Their current exhibition at Springsteen Gallery in Baltimore marks the inauguration of the gallery’s third iteration after a recent relocation to Baltimore’s Highlandtown neighborhood. Founded in 2013 by artist-curators Amelia Szpiech and Hunter Bradley, Springsteen’s role in the city’s landscape has functioned as something of a connective node between local artists and a broader network of similarly minded artists and curators. After a first iteration of the gallery in a live-work space (separated by just one wall from their kitchen and bedroom), they later opened a storefront space in Baltimore’s Seton Hill neighborhood alongside four other artist-run spaces that briefly occupied the majority of a city block. Now moved into their third locale, Springsteen has become an artist-run commercial space that intentionally places Baltimore-based artists alongside nationally exhibiting artists, and has become a model of how a gallery can stay local while looking outward.

The way in which Springsteen approaches their program becomes relevant here as Women’s History Museum (WHM) has constructed a program within Springsteen’s program that highlights both duo’s collaborative sensibilities. Their exhibition, Women’s History Museum Biennale: Poupées Gonflabesis a group show that includes twenty-three past and recent collaborators. As a fashion label, WHM treats models as collaborators more so than as walking blanks, and this mode of co-authorship has carried into their art practice. Here, the exhibition playfully labeled as “biennial” feels like further flirting with the institutionalism of a space that actively reimagines what the norms of an industry, of the “institutional,” and so on, might look like with reform or, possibly, revolution.

The opening was marked with performances by RiichPSYCHO (aka Ajakia Smith) and Sean-Kierre Lyons in the gallery’s front room. A second room is framed by WHM in a gallery text as a “semi-abandoned storefront of mysterious origin” that unravels a conflicted investment in fashion under capitalism. Complete with a clothing rack and a large acrylic menagerie filled with cartoonishly rendered plaster books this installation contains WHM’s array of torn, collaged, and re-stitched garments.

The depictive tactics employed by WHM feel unsettling in their effectiveness: the images and methods of framing are seductive, and they rely on a triangular relationship between the aesthetics of abjection/modesty/sexiness, always using vulnerability to gesture towards an unseen violence (of which a viewer might be implicated in perpetuating). The contradictions held in this work have started to emerge amongst a handful of associated and kindred artists (including former Baltimore residents and Springsteen-exhibiting artists Amanda Horowitz and Flannery Silva) and together evoke a new, dark feminism: fourth-wave high femininity that refuse the adoption of unisex masculinity as a method for gaining power and that simultaneously emphasize the latent trauma of embodying queerness and/or femininity within patriarchal society. In the context of WHM’s straddling of art and fashion, part of this nascent movement includes the refusal of sequestering fashion’s adornment of body as anything other than a site of critical importance.

These tactics are shared between WHM’s collaborators and is evident in a unified aesthetic here that connects a collage impulse through bodies and objects alike, together constructing a range of prosthetics, empathetic objects, and surrogates. In the back room, one bronze-painted and pattern-adorned mannequin stands opposite of another figure of similar scale and fashion-sense. The second mannequin reveals, behind striped cardigan and a trailing skirt, a mechanical armature body and an abstracted “head” supporting a hat of sorts, the distinction between these two figures’ bodies engaging with femininity through a mutability of body.

Some highlights of the biennial include two works by Kelley McNutt, one overlaying a black and white image of the back of a bob-haired-head with a graphically depicted ribbon, the other with an intimately photographed stuffed animal surrounded by text: “THE ART OF SACRIFICE”. Adjacent, a large stuffed animal by Noel Freibert depicts a four-legged creature titled From Ewe,using stained, well-worn muslin as the skin of a form that remains ambiguously identifiable as either sheep, human, or demon. A work by Yves B. Golden titled Shrine Study (source)hangs from the ceiling as a chain link of raw rope fibers that reveal a history through their treatment with beeswax and gold leaf.

In the show as a whole, the collaborative impulse that becomes foundational for Women’s History Museum and which resonates throughout Springsteen’s broader program becomes an effective tool for engaging with the notion of the institution. By playfully operating as a “museum” and “biennial,” WHM raises questions of what these hubs of power do and what sensibilities can be adopted moving forward to build new, more ethical institutions. 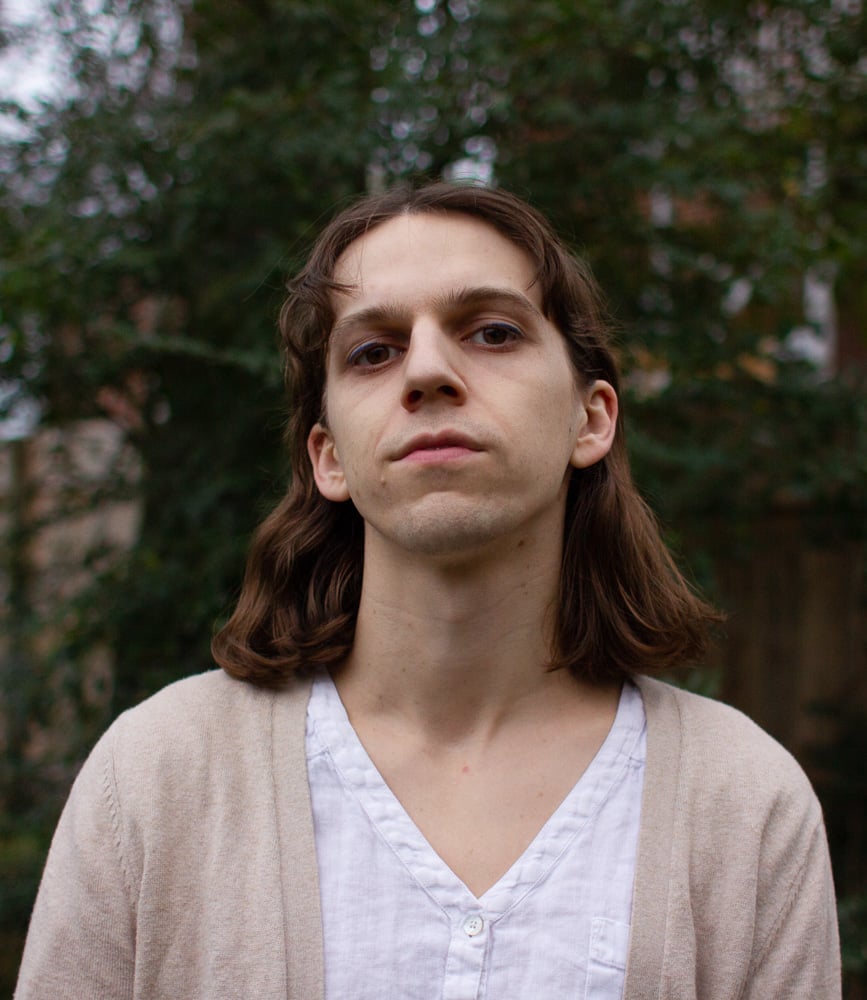