Burnaway > Art Review > Everything and Nothing You Need: Sarah Hobbs at Hathaway Gallery

Everything and Nothing You Need: Sarah Hobbs at Hathaway Gallery I have never been a Twilight Zone fan. I was, however, captivated by the unsettling Sarah Hobbs exhibition Twilight Living at Hathaway Contemporary—her first solo exhibition in Atlanta in nearly ten years.  Trite as that alignment may seem, Hobbs’ series of eight large interior photographs and singular installation work drip with unnerving familiarity, and unfurl, like an episode of the storied show, slowly ramping up the unease and the oddities the longer one looks.  Her Twilight home is complete with a formal living room with inflatable chairs, a colorful food pantry exclusively dedicated to molded gelatin, bedrooms, exterior (interior) lounge spaces, garage and expansive storage, functioning together like a superbly bizarre real estate listing.

On first approach and at a distance, each photograph looks like a semi-staged scene of nonchalant domesticity, simple snapshots of homey interiors that, while not untidy, are marked by a vague sense of disorder.  The daughter’s bedroom floor in Emotive, Methodical cascades with clothes, the dated but comfortable Operable Arrangement (hang-out room) has a shabby glory and the luxurious master bedroom of Permanent Marker (occupied room)with the princess headboard and cozy comforter feels slightly amiss. Stepping closer, each scene begins to expand in a quiet frenzy that is both charming and subtly sinister—open scissors rest among the clothes and string of matchboxes that circle the hang-out room.

Deeper than the undercurrents of potential physical distress that invades many of the photographs is a headier sense of encroaching emotional panic—unsuccessfully repressed acts of repetition, of taking inventory. In the photograph of the master bedroom what initially appears to be a trendy black wall paper is actually the culmination of hand drawn and repeated black marker lines. The mark maker began to cover the white headboard and comforter–a creeping incursion into the safe space of the bed–before abandoning the tools on the bedroom floor in the morning light. The repeated acts of repetition and categorization crescendos in the only physical structure in the show, Everything and Nothing You Need (cellar), a small shelved storage space of small neatly lined jars full of random objects, to-do lists and treasures like several generations of junk draws itemized and stored.

Methodical and alert, Hobbs’ staged photographs largely avoid the overt filmic stylings Gregory Crewdson or the garish humor of Sandy Skoglund, while more relatedly communicating a kind of pervasive domestic dread. Her carefully lighted photographs are crisp, clean and uneasy without threatening shadows and lurking figures. The archival aspect of photography as a medium is an effective doubling to Hobbs’ archivist sensibilities that repeat in both the photos and the physical installation—the categorizing, storing and recording of objects. According to Hathaway Contemporary, Hobbs rarely lets a viewer see or engage in the built installations. In part, this choice is practicality, as many of the sets are found locations. But my formal introduction to Hobbs work came through the physical staging of Operable Arrangements (hang-out room)at Hathaway’s late 2018 show Til the Lights Go Out. (I’d half hoped that the string of matchboxes was the fuse line for the demolition of the condemned building.) And while I appreciated and sincerely enjoyed the physicality of Everything and Nothing, it is through Hobbs’ homey photographs that she most effectively communicates a contemporarily specific sense of the uncanny.

A Freudian theory, “the uncanny” is feeling of recognition that is frightening despite being familiar and was illustrated by Freud using the German word heimlich(home) with its opposite, unheimlich(uncanny or unhomely).  Hobbs is working in long tradition of artists engaging concept of “the uncanny” through the home as a site. Gergor Schnedier’sDie Familie Schnedier(2004), a doubling of his family home that sent the viewer through eerie twin houses with impassive performers in a staged deja vuand basically any work by Robert Gober use the home and its objects to disrupt a sense of the familiar.  But what is unique and thrilling about Hobbs’ series is her ability to stage scenes that articulate a deeply personal, widely recognizable behaviorrather than a specific site to subtly conjure up the uncanny. In part, this comes from her choice of objects, which are both nondescript and slightly eccentric. But mostly, she draws out the uncanny by denying the viewer access to physical space. By choosing to display almost entirely through photographs, she prevents a viewer from fully experiencing the scene, forcing her to draw on personal experience—that while you have never been in that room with the pinned cutouts and the discarded clothes, you have once frantically destroyed a closet in a quest for less clutter, sought to change and rearrange a bedroom at all costs, and stored away a precious mini disco ball just in case.

In her artist statement, Hobbs talks about the ambiguity of the current moment and the tendency to turn inward to avoid the anxiety of confrontation spurred by increasing polarization.  The furniture and foods in the works seem to date the photographs slightly in the nostalgic past. While there are no iPhone, computers or contemporary technology that might more overtly symbolize the invasion of societal unrest into the domestic sphere, present concerns creep in, disrupting the interior tranquility. Plastic trees, nonperishable food and a living room set of inflatable furniture and sandbags preparing for a flood hint at a very real and underlying ecological future that no hibernation, act of salvage or portal to another dimension can really keep at bay. While photos in Twilight Living operate beautifully as individual works, when seen together they are like records, not necessarily of a place but a fevered articulation of a very specific and uneasy mood.

Sarah Hobbs’ exhibition, Twilight Living is on view at Hathaway Gallery through May 11th. 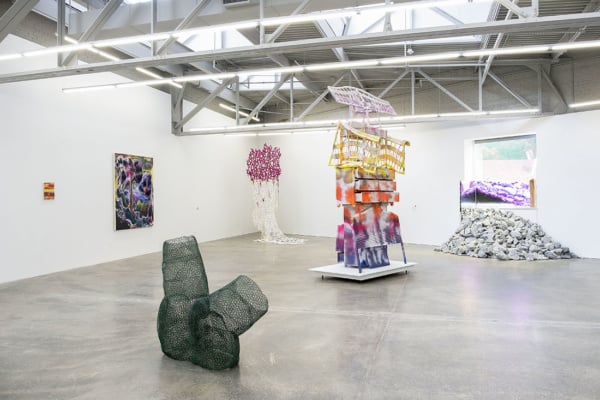 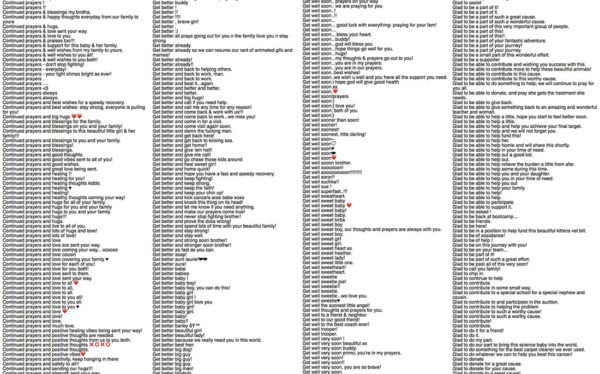