April, how has operating an exhibition space affected your own studio practice?

It has absolutely affected my practice in several ways. To give things a bit of context, previous to my time at Lump, I was co-curating the collaborative project LOG (Low Occupancy Gallery) with the artist Maria Britton. LOG’s curatorial process was deeply based in our combined interests and artistic practices. We operated solely out of our own pocket. We sometimes asked a lot of the artists we exhibited questions like, “Can we hang your painting outside in the middle of an open field?” or “Can we put your sculpture in a shack where raccoons hang out?”, or better yet, “Can you cover your own shipping?” I understood curating with LOG to be a direct extension of my own practice. It was an exercise in my practice.

I see Lump differently. There is a long history to build upon here, a community that we are consciously and constantly needing to convince, bills to pay, a building to maintain. Since Lump became non-profit, we operate solely on donations and whatever monies we can raise. We are always in need. Lots of people do not know this.

Long story short, my studio practice has suffered greatly. If anyone ever tells you they are able to do both in an ideal manner, tell them to call me. My desire to broaden the appreciation of art in The Triangle (Chapel Hill, Durham and Raleigh) has kept me going for the time being.

Can you say more about “janks” and the local traditions of “verbal abuses” the current exhibition sets out to archive?

Presented by artists Jerstin Crosby, Ben Kinsley, and Jessica Langley, this research-based, social practice work, which makes jokes about itself, is a distinct and progressive way to respond to the current ill state in the world broadly, and in the art world specifically. Community outreach and involvement are key to this project. “Janks Archive” showcases differences through documentation of verbal abuses, known as “janks,” then uses these to acknowledge similarities in our understanding of one another by pointing directly at them, documenting them, and publicly exhibiting them. The project attempts at verbal domination through “janks,” then displays these moments with the intention of ultimately strengthening a shared sense of fellowship.

Lump has been around for over 20 years and officially became a nonprofit in 2016. What has the trajectory of the organization’s life been like?

Before my time at Lump and before my time in North Carolina, one side of Lump (the space is currently divided into two exhibition spaces) contained studios which helped pay the rent and other expenses for the building. When Lump’s founder Bill Thelen stepped down a couple of years ago, Kelly McChesney (formerly of Flanders Gallery) stepped in to keep Lump operating. During her time at Lump, she worked to develop Lump into a nonprofit space. Late last year, when McChesney took on the role of Public Art Director for the City of Raleigh, she asked me to take over as director of Lump.

How is LUMP faring in the wake of Hurricane Florence? How is the surrounding community dealing with the storm’s effects?

Lump fared well; many others in North Carolina did not. We’ve had leaks and small floods in the gallery but nothing compared to what’s been faced by others who are in great need right now. 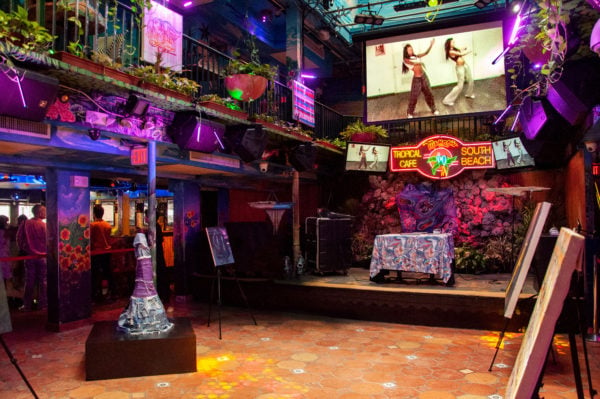