Passing Abed Elmajid Shalabi’s studio daily for nine weeks at a residency this summer, I witnessed the laborious alchemy of his found object translations as they slowly metamorphosed. Attuning to the rhythms of the Maine climate, Shalabi harnessed the strength of the July sun to wick the moisture out of clay, followed by grinding and re-hydrating it into slip to pour into molds. As humidity peaked, Shalabi’s plaster molds sweat in unison with his body as he troubleshoots the fickle collaboration. There’s a lived intimacy in his process, beginning with the careful attention toward a mass produced thing in the world, learning its contours and undercuts, determining the mass and position to cast it, the choice of material to render it strange, the glaze or finish, the quantity, the position in the room and its relation to other objects. 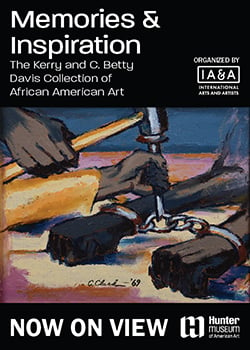 Beyond the commitment to the finicky process, there’s an underlying devotion to sculpture itself as a mode to work through questions outside of language. Shalabi’s practice reminds me that just as much as industrial capital claims authority over an object’s meaning and value, a sculptor is in the position to flip the script and expose deeper layers of an object’s aura. That sculpture lives in the same world as our bodies, is subject to the same elements, and that our bodies have an inherent knowledge and mode of relating to form and material outside of what’s been culturally inscribed. Through his layering of symbolically charged objects with altered material and somatic registers, Shalabi’s sculptures resist a fixed interpretation.

When our summer of enrichment came to a close and Shalabi returned to Richmond, VA and myself to Athens, GA, we kept our conversation going through Zoom.

Katz Tepper: Your work oscillates between using partially altered or customized industrial objects – like the blank signs you order direct from the manufacturer – and casting found objects in ceramic, cement, and plastic. Sometimes your sculptures combine both, like the more overtly homoerotic sculpture ‘same, same’ in which a fuel hose snakes between and penetrates into two plastic hyperrealist casts of pillows. Even when they’re not directly combined, in your recent installations cast forms and readymades cohabitate in humming tension. How did you start working in casting and developing this particular language engaging a kind of realism?

Abed Shalabi: I started making sculpture as an exchange student in Berlin studying with Manfred Pernice. I was interested in engaging the urban space and I started to do these negative imprints of tires with clay. Once they were glazed they looked like something between rubber, metal, and ceramic – I was interested in this material complexity, and how it relates to the original object. I returned to Israel, and the urban space in Israel is much more political for me than in Berlin. I knew I wanted to work with the eagle symbols of the Nesher factories, founded in 1925 to fulfill Herzl’s vision of building the new Jewish state. After the Nakba, the Palestinian residents in Israel became the workers who built the new state, so the cement bags were designed with Arabic writing on them, despite their Zionist goal. For Palestinians, the cement bags symbolize colonization and occupation. I knew I wanted to work with this object, but wanted to figure out how to synthesize my ideas to address the material, the emotional, the political, all this, while still addressing some kind of physicality that relates to my body, so that it has the artist’s imprints in a very minor way. The bags in the piece were cast in ceramic and hand-painted to look like the original cement bags that my grandfather lifted for more than fifty years of labor. Processing that with my own body was a breakthrough in my practice. And I feel everything I’m doing is still a continuation of this kind of work.

KT: I appreciate how you gravitated to this object that sort of signals very succinctly the social conditions that prompted its design and manufacturing, and then through a studio process transmutated it materially to embed your body in its becoming. That leads to some of the recent work where you’re also casting very charged found objects, particularly the car seat and the police vest, which you install in the same arrangement. Both objects imply and reveal a whole world of customs and social structures related to ideas of “protection” and “safety”, the vest especially acts as paraphernalia of the state’s violent regime. They also seem like extremely complex forms to cast, implying an intimacy getting to know every dip and fold in the object.

AS: Every time you choose a symbol that is so charged, you risk being too easy. But then the process of making a sculpture is to turn the piece into something much more complicated, because it is a kind of a portrait of the object. Every decision around material, color, and shape changes the way you see it and how you read it. I’m always trying to think about how I transform the object in a way that goes beyond the symbolic and has a very strong material and physical presence, where you really see the object and not just what it represents. With both objects, I was thinking about the negative space. The carseat is cast from two main parts plus the safety belts, there’s not a lot of negative space actually, so you get a kind of militant look, and the associations of innocence become questionable. It looks more like an adult machine. With the police vest I originally wanted to cast it three-dimensionally as a kind of hyper-fetishized object, but for this installation I decided to try to de-masculinize it a bit. Gay pornography has a lot of policemen, violence is eroticized in pornography, and that becomes part of the subconscious reaction when you see objects that present this position of power, like the police uniform or vest. But in my installation, it’s on the floor, it’s flat, it’s practically unrecognizable. Only when you stand on the top of it, you recognize that it’s a police vest. From far away, it’s just this kind of shiny surface. It almost looks like angel wings or some kind of spiritual thing. By the time you recognize it, there’s a more complicated relationship with the image.

KT: Let’s talk about the new developments in your studio at Skowhegan. You had a lot of experiments going, including these low relief cement casts of a truck bed liner that you were arranging in multiples. These experiments included more evidence of the material and process as you installed a broken cast in a trifecta with two in-tact casts. Your other pieces tend to be more singular. The object itself also feels less recognizable. Especially since it’s oriented vertically, its details don’t act as signifiers as much as aesthetically pleasing geometric patterns. They feel like mysterious fragments of industry, but also like glyphs or somehow related to language like cuneiform clay tablets.

AS: Yes, I was thinking the way I installed them, it looks like this kind of Rosetta stone. I was thinking about how to work with this idea of familiarity, you have a pattern and its familiar, but you’re not sure what you see. It becomes this kind of minimalistic language of pattern and multiples – it’s thick, it’s thin, it’s broken – and how do I use this as a personal language, knowing that it’s coming from a simple imprint? To me what’s really attractive is the double meaning with different cultural associations. In the US trucks are associated with working class people but also with a kind of Trump supporter or macho person showing off, there’s a whole truck culture in America. But in Israel trucks are almost always Palestinian construction workers. There’s no fancy trucks there, in Arab culture the trucks are smaller and more practical. So the truckbed is this object where these two worlds connect, intersect, and this object will point to very different communities and histories depending on its location. And then there’s this moment of fragility, where it’s trying to look strong and masculine, and it has this designed texture where it’s supposed to look more advanced, an illusion of more strength. Casting it and removing it from its context, the design becomes mysterious. Casting it in concrete maintains a relationship to soil and historical or ancient ways of container making. Truckbed is a piece that’s still in process. I’d love to cast a whole truck bed and present it as a large container, almost a reference to a catacomb.

Abed Shalabi, Truck Bed, 2022; series of concrete sculptures.
Installation image of A Man at Point Zero at The Anderson Gallery, Richmond, VA, 2021. All works by Abed Shalabi.
Abed Shalabi, Car Seat, 2021; car seat cast in concrete, steel anchor.
share Print
Related Stories
Studio Visit
Rounding out a series of intimate conversations, Jodie Bass profiles and visits the studio of Letitia Quesenberry, a Louisville-based artist who extends the boundaries of visual perception.
Features
Justin Chance visits the studio of Atlanta-born painter Jay Payton, Burnaway's selected artist for presentation at NADA Miami 2022.
Reviews
Heather C. MacRae visits how much is not enough at Rule of Three Gallery in Savannah.
Subscribe
to BurnawaySign up to recieve the Burnaway newsletter and get notified about upcoming events and opportunities.* required field