The Gibbes Museum of Art in Charleston and Society 1858 have announced the shortlist for the 1858 Prize for Contemporary Southern Art, to be awarded on September 17. They are Aldwyth, Andrea Keys Connell, Kevin Jerome Everson, George Jenne, Deborah Luster, and Ebony G. Patterson. The $10,000 prize is given each year for outstanding work that contributes to a news understanding of art in the South

The finalists were selected by a panel of judges including Charles Ailstock, Society 1858 Board member; Jamieson Clair, Society 1858 Board president; Sonya Clark, artist and 2014 Prize winner; Miranda Lash, curator of contemporary art at the Speed Art Museum; Cary Levine, associate professor at the University of North Carolina at Chapel Hill; Mark Sloan, director and chief curator of Charleston’s Halsey Institute of Contemporary Art; and Pam Wall, exhibition curator at the Gibbes Museum of Art.

Here are short bios of the finalists provided by the museum:

South Carolina artist Aldwyth has worked in relative seclusion for several decades. She creates intricate collages and assemblages, often monumental in scale, from found objects, appropriated images, text, and other elements. Aldwyth was recently honored with a major one-person traveling exhibition organized by the Halsey Institute of Contemporary Art at the College of Charleston.

Sculptor Andrea Keys Connell creates figurative works that challenge conventional notions of monuments, statuary, and figurines. Using clay with other mixed media, her work has a strong narrative and emotive quality. Keys Connell lives in Richmond, Virginia, where she serves as an Assistant Professor in the Department of Craft/Material Studies at Virginia Commonwealth University. 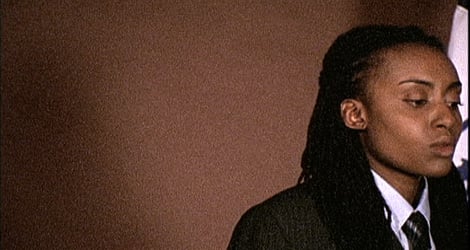 Kevin Jerome Everson’s films utilize both scripted and documentary footage to examine the everyday lives of working class African Americans and other people of African descent. A prolific filmmaker, Everson has created both feature-length and short films characterized by a subtle, poetic quality. His work is included in the collection of the Whitney Museum of American Art, and is currently on view in the museum’s inaugural exhibition America is Hard to See.

George Jenne is a video artist who combines moving images with the spoken word to create uniquely narrative films. His work explores the inner psyche of his characters, revealing the complex ideas and emotions underlying each individual. A native of Richmond, Virginia, Jenne currently lives in Chapel Hill, North Carolina.

Luster, who lives and works in New Orleans, Louisiana, turned to photography as a means to cope with the murder of her mother. She has created thousands of powerful, haunting portraits of prisoners housed in Louisiana. Her recent body of work captures desolate landscapes in New Orleans where murders have occurred.

The work of mixed-media artist Ebony G. Patterson investigates the complex relationships between gender, politics, beauty, race, and ritual in contemporary Jamaican culture. Her artistic practice combines painting, textiles, and installation work, often in large scale. A native of Jamaica, Patterson lives and works in Lexington, Kentucky, where she serves as an Associate Professor at the University of Kentucky.

share Print
Related Stories
Interviews
In conjunction with the group exhibition, A Movement in Every Direction, at the Mississippi Museum of Art, Bryn Evans speaks with featured artist Akea Brionne to discuss storytelling, ancestral media, and the relationship between identity and geography.
Artist Environments
Writer Annie Moye returns to Cornelia, Georgia for the Big E Festival in this theme story for Artist Environments.
Close Look
Burnaway takes a close look at Black Orpheus, an exhibition at the Chrysler Museum of Art in Norfolk, Virginia, opening October 7, 2022.
Subscribe
to BurnawaySign up to recieve the Burnaway newsletter and get notified about upcoming events and opportunities.* required field