Close Look: The Otolith Group: Xeogenesis at ICA at VCU 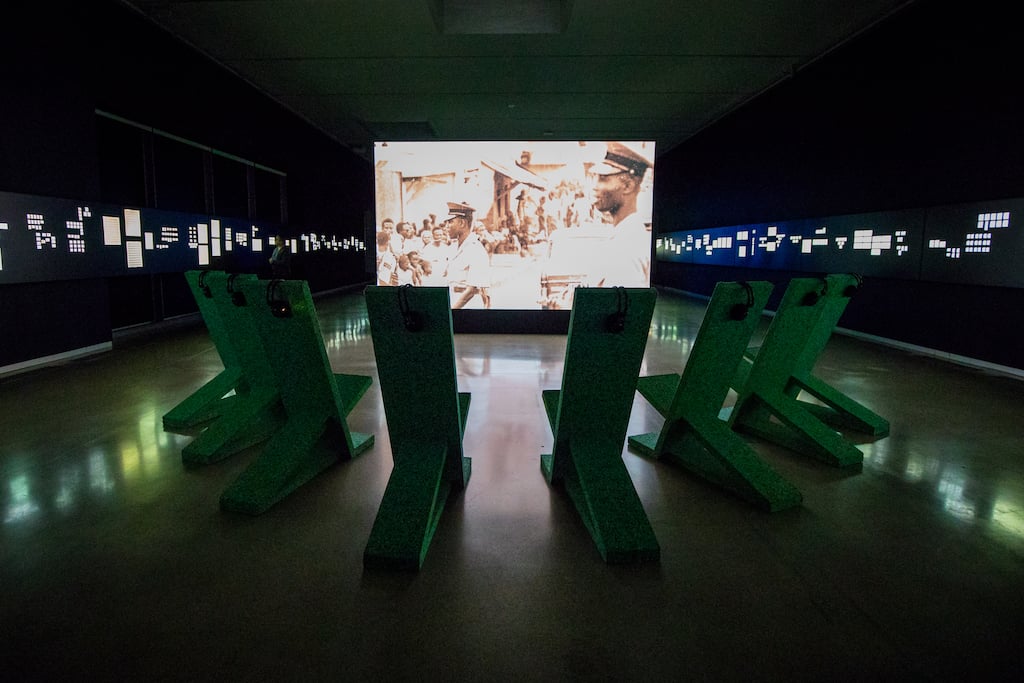 Xenogenesis presents a cross-section of The Otolith Group’s works from 2011 to 2018. Part fiction, part documentary, these films and installations address contemporary global issues: how humans have shaped the natural world; what “we” have inherited from colonialism; the unresolved histories of global Asian and African diasporas; and how “we” are changing in response to new technologies. The term “xenogenesis” alludes to science-fiction novelist Octavia Estelle Butler (1947–2006) and her classic Xenogenesis Trilogy (later retitled Lilith’s Brood). While Butler does not appear directly in this exhibition, her work provides deep inspiration for The Otolith Group—especially the titular concept of “becoming alien” or “alien becoming.”  Along with Butler, two other figures are key to the exhibition: avant-garde composer and pianist Julius Eastman (1940–1990) and the philosopher and social reformer Rabindranath Tagore (1861–1941). Together, the works in Xenogenesis reflect The Otolith Group’s commitment to using images and sound to create “a science fiction of the present.”

Xenogenesis was on view at ICA at VCU through August 9, 2020. The Otolith Group: Xenogenesis was organized by the Van Abbemuseum, Eindhoven, the Netherlands and curated by Annie Fletcher, now director of the Irish Museum of Modern Art.