Burnaway > News > The Bullhorn: Here’s What Holds Back the Art Scene in Richmond & Cities Like It

The Bullhorn: Here’s What Holds Back the Art Scene in Richmond & Cities Like It 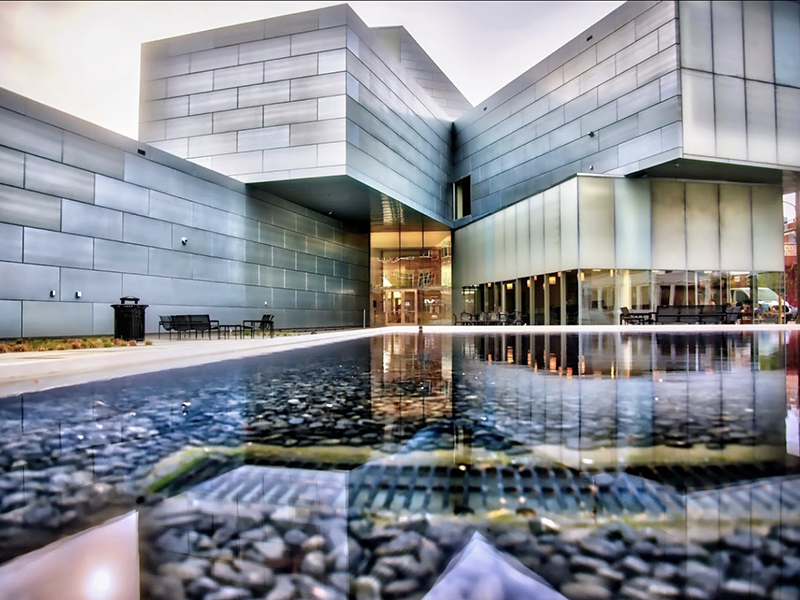 Our new column The Bullhorn is intended to encourage frank discussion about the challenges and foibles of creative communities in the South.  It is a place to air grievances and issue calls to action. We will allow anonymous contributions, but only if they are sincere and serve to elevate our art communities. Personal attacks will not be considered. All submissions are subject to editing. If you’ve got something stuck in your craw, shoot us an email: info@burnaway.org.

Our first “speaker” is Richmond-based critic Amanda Dalla Villa Adams, who chose not to remain anonymous.

Foodies rave about its breweries and innovative restaurant scene. Businesspeople travel here for its Fortune 500 companies like Altria Group, Carmax, and WestRock. Outdoor enthusiasts clamor for the James River that offers fitness opportunities and entertainment events.

But, let’s be honest: Richmond, Virginia, a mid-sized city that numbered 223,170 residents in the last census, is primarily known for its history. And by that, I mean four short years, from 1861 to 1865. The city is often recalled as the one-time capital of the Confederacy. Indeed, the relics of the past—monuments of Confederate generals that line Monument Avenue or the American Civil War Museum—make the city’s historical malady impossible to ignore, especially since those repercussions disproportionately affect its African American residents in the present in the form of educational inequalities, high incarceration rates, and crime-filled public housing.

Notwithstanding these realities, another snapshot of the city can be painted.

Beginning in 1928, with educators like Theresa Pollak and others at the Richmond Professional Institute (now Virginia Commonwealth University or VCU) and the founding of the Virginia Museum of Fine Arts (VMFA) in 1936, a group of strategic thinkers sought to reframe the city as an incubator for artists and creative types to establish and build their careers. Since the 1980s, that project has been overwhelmingly spearheaded by VCU. Educator Joseph Seipel and his colleagues had a vision—supported by former VCU-president Eugene Trani and in the 1990s underwritten financially by the Qatari royal family—to create a nationally ranked School of the Arts and, by extension, a vibrant art community.

In the last decade alone, the city has welcomed a new museum, the Institute for Contemporary Art at VCU; a renovated VMFA; new art nonprofits, including Studio Two Three, Milk River Arts, and Oakwood Arts; artist-run galleries, such as Shockoe Artspace, VALET, and Sediment Arts; and commercial galleries, like Candela’s Books + Gallery and The Broad Gallery; while continuing to support such mainstays as 1708 Gallery, which celebrates its 40th anniversary this fall, Reynolds Gallery founded in 1977, and VCU’s Anderson Gallery, which opened in 1931.

Yet it seems that Richmond can’t overcome its reputation as an art-school town or regional art destination. It lacks the support, for example, to host an art fair (after two events, the CURRENT art fair has quietly decided not to host an event this fall), fund new public art projects (Richmond City Council recently stripped $2.15 million set aside for new public art installations) or just provide creatives with sustainable, living wages.

So what’s preventing Richmond from moving to the next level? Here’s what I think:

With the exception of the two biggest employers, VCU School of the Arts and the VMFA, most art institutions in town are small and have a limited number of employees. VCU’s art school is a double-edged sword: the largest employer and the largest creator of new jobseekers dumps dozens of new graduates onto the job market every spring and fall. Will those people be hired locally? Sometimes. Many VCU graduates with advanced degrees will cycle back into the 120-member adjunct faculty pool. Last fall, fed up with the lowest wages in the state—at $750 per credit hour, roughly $1,500 to $3,000 per class—adjunct faculty organized as VCUarts Adjuncts Organizing for Fair Pay. In comparison to such universities. as Virginia Tech, the University of Virginia, and George Mason, the Chronicle of Higher Education reports in its searchable database that VCU adjunct faculty on average are paid the lowest amount per three-credit course. The results of organizing? A pay increase for VCUarts adjunct faculty to a minimum of $1,000 per credit hour with a six-credit cap per semester and no benefits. This leaves many to either move away for better-paying positions or, for those who want to remain in the city, turn to freelance, consulting, or contract work—also with no benefits—plus the added costs of owning a small business and social security taxes.

Art criticism—the kind with teeth that doesn’t succumb to mere description or explanation—is necessary to move artistic practice forward. Historically, this is true. Think of Charles Baudelaire’s writing on the French Salon; Clement Greenberg’s on Abstract Expressionism and Color Field painting; Donald Judd’s on Minimalism; Linda Nochlin’s treatise on women artists; Salima Hashmi’s advocacy of Pakistani contemporary art; or Claire Bishop’s critique of participatory art. At the least, a publication provides dialogue and opinions and at its most influential serves as legitimization. Richmond has no local independent platforms for solely art criticism. The publications that do offer art writing are underwritten by a gallery (ext.1708 is sponsored by 1708 Gallery), packaged for audiences as human-interest pieces (Style Weekly, Richmond Magazine, or the Richmond Times-Dispatch), or used for commercial purposes (LookSEE). Because of this, art critics must instead pitch to  national and international publications that only seldomly cover regional artists and exhibitions. The Dorothea and Leo Rabkin Foundation Awards to Art Journalists were recently announced for 2018 and two things stand out: 1) with the exception of Pittsburgh, none of the journalists lived in a city with a population less than 500,000 and 2) none of the cities were in the South [though there were at least two nominees from the South, including our own Logan Lockner and our contributor Jordan Amirkhani]. Even if there was an outlet for art criticism in Richmond, the days when Donald Judd made a living wage as a critic for Art News are long gone. A review—including research, visiting the exhibition, writing, corresponding with editors,  and making final edits—for a freelance critic might garner $0 to $150. And then there’s the taxes.

Nonprofit art organizations rely on donors and fundraising and, even though Obama’s campaign proved that grassroots-fundraising works, it’s the big donors that most organizations clamor over and that can deliver a meaningful infusion. Moreover, emerging and established artists as well as local galleries need a local and regional patron community. Richmond has a handful of names that appear and reappear all over town. The challenge is widening and deepening that base. If the same handful of people are funding the local commissions, the art works lent or donated to the museums, the local art being bought, the exhibitions, and the institutions themselves, then whose city-wide vision is being realized, and what happens when they shift their priorities?

4. Rising home prices and rents and lack of affordable homes

While rents in Richmond are more affordable than in New York or Los Angeles, the Richmond Times-Dispatch noted this spring that rents have risen up to 30 percent in some neighborhoods since 2012, and more recently that , ahome prices continue to rise as home sales dropped because of a lack of inventory. NPR recently reported about a “new housing crisis” nationwide that was particularly affecting midsized, fast-growing cities—including Richmond—as median buyers are steadily being priced out of the home-buying market. So, thigher home prices, a lack of affordable homes, and rising rent force many to live outside the city limits or relocate to another city.

Sure, residents talk about how Richmond is easily accessible to New York by train, but it’s mostly a one-way six-hour-trip headed due north. Then there’s the expensive cost of airfare out of the Richmond International Airport, which earns its global moniker with a single nonstop flight to Cancun. Finally, driving along the 95-south corridor presents potential bumper-to-bumper traffic from DC to Fredericksburg. Let’s face it: getting in and out of Richmond can be difficult and expensive because of the inconveniences created by plane, train, and automobile travel.

These aren’t the only things that need to be addressed and Richmond isn’t alone in the challenges it faces; other midsized art cities—or even large cities whose cultural scenes don’t match their world-class self-image—can likely pinpoint similar challenges. I welcome a discussion of how these cities might encourage and benefit from the examples of one another. Moreover, in a world taxed by greater pressing problems—financial inequality, the mass-displacement of people, human trafficking, and systemic poverty to name just a few—it seems misguided or even indulgent to bemoan the advancement of an art community.

I don’t know—at nearly 33, maybe this is a reevaluation of my own life decisions. Lately, I’ve been thinking that perhaps my efforts and hope in the arts are misdirected as the financial stability of my parents’ generation and the middle class becomes more elusive, as argued recently by Alissa Quart in Squeezed: Why Our Families Can’t Afford America. Nonetheless, I still choose to believe that the visual arts—the people, the intellectual fodder, the advancement of creativity, and its impact on others—matter and that art made outside the major art centers is significant because these smaller communities have something valuable to contribute to the national and international dialogue. 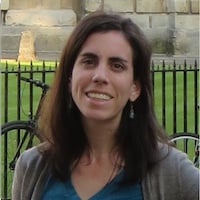 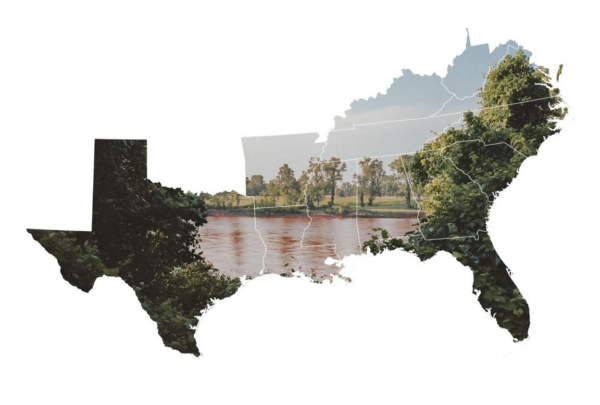 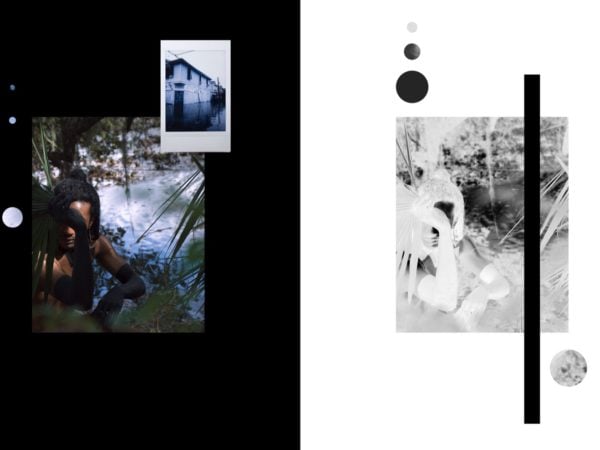